Louis the dog's story has inspired hundreds of animal lovers from all over the world to reach out to Helen Woodward Animal Center.

The center, based out of Rancho Santa Fe, California, recently took Louis, a 3-year-old Lab/shepherd mix, into their care. Before arriving at Helen Woodward, the animal center says Louis was surrendered to a pound by his previous owners, who chose to have the dog's eye removed instead of treating a serious eye infection. The same owners then relinquished the dog after the procedure because they couldn't adjust to caring for a blind pet.

In a Tuesday update from Helen Woodward, the animal center says they have received "hundreds of calls and emails" about Louis and his backstory since PEOPLE shared his story on Monday.

"The hundreds of calls and emails coming into the Center from across the country are full of heartbreak and anger, and questions about the prosecution of the former owners," the center shared in a statement. "As with the majority of animals that end up in facilities and shelters across the country, there is no way to access his past history and with Louis unable to communicate, it is impossible to put all the pieces together."

"Medical checks, however, reveal a broken leg that was not treated, and formerly, severely infected eyes that were eventually removed," Helen Woodward added. "Louis' leg has received surgery and he is adapting to a life without sight, but both conditions reveal a past life of neglect and extreme mistreatment."

The silver lining to Louis' story is that the dog is now safe and he is inspiring hundreds of animal lovers to help shelter pets. "Animal lovers across the globe have been calling, emailing, donating, filling out adoption applications and offering services," the center said of the response to Louis' story. Helen Woodward received close to $12,000 in donations from those moved by the rescue dog's perseverance in just 24 hours, and more donations continue to roll in.

"Offers to sponsor his adoption, to sponsor his food, to sponsor muffin halos/bumper-collars/sonar-collars, to pay for his medical care, and more, are coming from across the country. The Beloved Foundation, in Greenville, South Carolina, has offered to cover a portion of Louis' aftercare," Helen Woodward said of the attention Louis has attracted, adding that even the Los Angeles Chargers reached out to find ways to help. "Social media shares and emails filled with loving messages include people from states as far away as Tennessee, Pennsylvania, Indiana, Washington D.C., New York, Texas, Montana, Kentucky, Nevada, Arizona, Georgia, Florida, and North Carolina and from countries as far away as Spain, Panama, The Netherlands, Chile, and Canada."

Now that Louis has got the world's attention, his next goal is to find the perfect forever home. And while Louis has fans all over, Helen Woodward is looking for an adopter in the local San Diego area "to reduce the stress of Louis' transition into his new home" and so that the center can provide his new family with free in-home special needs dog training.

In addition to being to be local, Louis' new family should live in a one-story home with a fenced yard and have a member who works from home. It would also be nice for Louis to have a calm canine companion at his new home. He currently has a dog buddy at his foster home and enjoys having another furry friend around.

What is most important is that Louis' perfect match is patient and is willing to put in the time and love necessary to help Louis smoothly transition into a life without sight.

Louis is currently available for adoption. To adopt Louis or for more information on Helen Woodward Animal Center, please fill out an application on www.animalcenter.org, or call 858-756-4117.

"We are amazed and so touched by the response and the donations," Helen Woodward Animal Center VP of Development Renee Resko said in a statement. "Louis is just one of many animals we've seen neglected and mistreated and each one breaks our hearts. The fact that Louis' story is getting so much attention means that more people will see the necessity of proper pet medical care and the responsibility pet-owners take on when they bring home a furry family member." 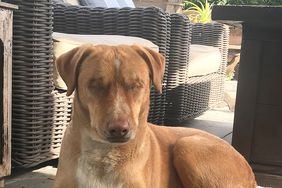 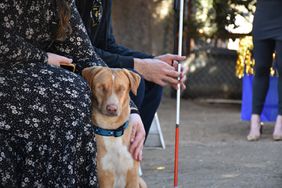 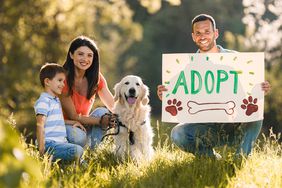 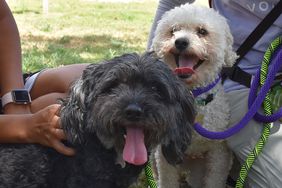 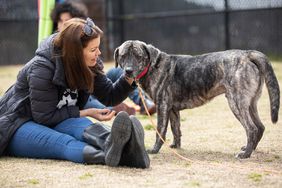 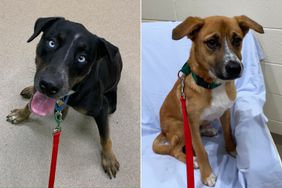 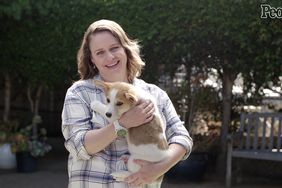 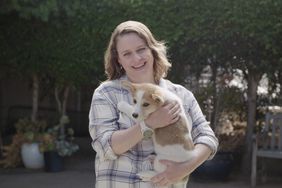 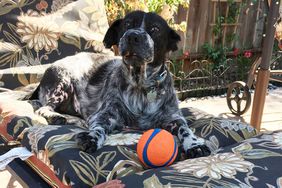