Eat your heart out, Armani! Meet 19 felines who don the finest furry tuxedos

Now there’s a sophisti-cat – meow! “This is a boa I wore for my birthday,” writes Joni’s owner, Judy Rosen (judyinnyc). “I was surprised that when I draped Joni in it she just started posing for my camera instead of either chewing on the feathers or shrugging it off and running away!”

His nickname may be “Barniferous Beast,” but Barney sure looks like a beauty in this shot. “His distinguishing feature is his one black leg in the front,” says his owner, Amber Brown (barniferous). “Every time he makes faces like this I go for the camera. He just loves to smile when Mommy takes pictures!”

You must not ignore this tuxedoed feline. Why, you ask? Because Abbie is known to bite toes if no one pays attention to her, says her owner Jennifer Christensen (3CatsandMe). We obey!

That’s one phat tuxedo, Fatty! This dapper looking feline is “very used to me attacking her with the camera,” says Jennifer Christiansen (3catsandme).

Good golly, Miss Molly! This well-dressed feline still looks like a kitten even though she’s 3 years old, says her owner Beverly Thie (batgirl). “I believe she’ll be the Dick Clark of cats,” she says of her ageless kitty.

Wild night last night, Lorenzo? This kitty doesn’t mind taking a nap in his tux. His owner, Isa D (lorenzokitty), says her guy is “so cute!” We agree.

They say white is the new black – and we applaud this cat for being so fashion-forward! “London looks so handsome in his tuxedo coat, ” brags Stephanie Plotino (LondonAveryPK).

Whatcha hiding under there, Murray? We’re guessing it’s a spiffy tuxedo! When Lianna Miller (lianna84) visited the Oregon Humane Society she says, “I took one look at that beauty mark on his face on couldn’t say no.”

This handsome guy takes very special care of his tux. “Mylo is meticulous about cleaning his coat,” says PEOPLE Pets editor Amy Jamieson (AmyJamieson). “Sometimes he wakes me up in the middle of the night when he’s slurping it clean!”

Helio is actually another black-and-white animal living in a cat’s body: He “really thinks he is a penguin,” says owner, Heather Redfern (HRedfern327) of Philadelphia.

One tuxedo – sized small, please! Kelley Murray’s (kellee) petite feline Moose shows off his white-cuffed tux. We just hope he doesn’t wrinkle it by lying on the couch!

We never met an Oreo we didn’t like! Lisa Sgambati (lsgambati) says her Oreo (the kitty, of course) loves to nap on her son’s bed. His cutest habit? “When he is in the mood to be ‘nice’ to Kimba,” writes Lisa about the other cat seen napping here.

No wonder Bogey isn’t a fan of squirt guns, says owner Andrea Holcombe (aholcombe) – he doesn’t want to get water his fine-looking coat!

Ruby Ochoa’s (rrcatty) kitty Wally has a great view of the world from his new scratching post. All the better for us to see his snazzy tuxedo!

This tux helps Kailua, owned by Kimberly Nishimoto (kimnishimoto) of Denver, look more stealth when he’s messing with the blinds at 3 a.m., one of his favorite pastimes.

Certain tuxes are timeless – like this one worn by Shannon Simpson’s (moochmom) 18-year-old Puppy the cat!

Some days, it’s function over fashion! Twin, one of Kayla Belle’s (LuvMyPitBull) feral cats, channels the pink panther as he sports a fluorescent leg splint for his shattered ankle.

Now that’s a cat who’s ready for his close-up! Hailey Windell’s (hailyw) kitty Pepper strikes a pose as he takes a break in an easy chair. 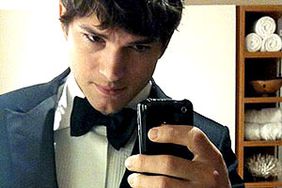 How to Dress a Black-Tie Bump 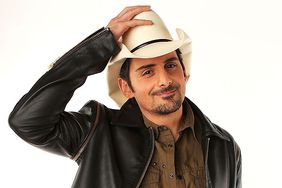 Brad Paisley on Injuries and BBQs 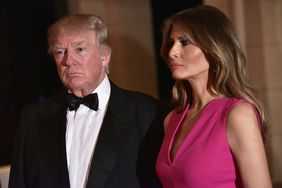 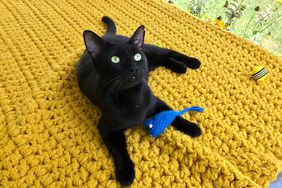 13 Instagram Famous Black Cats that Prove All Kitties Are Beautiful