Before baby Bryn, Real Housewives and Skating with the Stars, the skinny girl's life was all about her adoring pooch

PICK OF THE LITTER

She’s a loyal friend and a loyal shopping buddy. Cookie helps her mama find some fabulous accessories during a trip to New York’s meatpacking district in April 2009.

Aye aye, captain! Cookie leads the way as Frankel paddles off the Montauk shore in July 2009. “Everybody knows Cookie, everyone loves her,” Frankel told PEOPLEPets.com.

Frankel and her pooch hit the Nintendo DSi Lounge in the Hamptons in August 2009. “She is always protecting me,” Frankel has said. “She’s my life.”

Who better to bring to a nude billboard revealing than … a dog?! Frankel proudly displays her posterior in New York’s Times Square in December 2009 with Cookie by her side.

My, how life has changed! The Frankels go from a family of two to that of almost four in March 2010. “She knows people, and she really liked him,” Frankel said of Cookie’s feelings toward her now-husband, Jason Hoppy. “And he thinks we could never replace her.”

The reality star holds then-4-month-old baby Bryn tight while walking Cookie through Manhattan in September 2010. “Cookie has been very sweet about the baby,” Frankel told PEOPLE. “[She] loves Bryn, and is really calm around her.”

The newlyweds wander New York City with their little loves. It took a while for Hoppy to take to Cookie, though. “He didn’t want to be near her, he didn’t want to sleep in bed with me if she was in the middle of us. It was very stressful,” Frankel said. “Now, he loves her. The transformation is unbelievable.”

Love those matching smiles! The girls get playful during an appearance at New York’s Trixie + Peanut this fall. Cookie, now 10, came into Frankel’s life via a Chicago dog store. “She was … not the ugly duckling, but the dog that was not the prettiest,” Frankel recalled. “But I fell in love with her.”

Lights, camera, Cookie! The fluffy pup perfects her pose while filming with mom in October 2010. Though she’s living her life on film, Cookie still snaps at the occasional cameraman. “Everyone has to know what the deal is with her,” Frankel said. “She’s very complicated.” 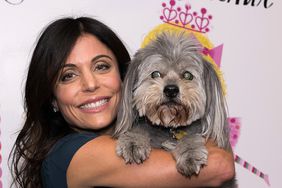 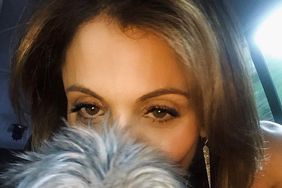 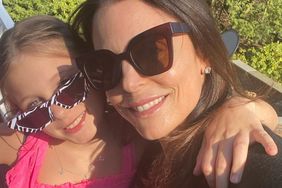 Bethenny Frankel Celebrates Her 'Most Loving' Daughter Bryn's 11th Birthday: 'You Give Me Purpose'

Bethenny Frankel Steps Out After Filing For Divorce 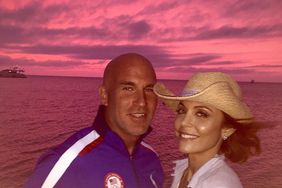