THIS IS BUSINESS AS USUAL

Should reprise his role in X-Men: Apocalypse? Clearly, that’s a question for Dali, the adorable French bulldog the actor added to his brood in 2010. “Monday morning meeting with our Chief of Staff,” the actor wrote on Instagram with this photo of the pup paying zero attention to the details of his very important affairs. May we suggest bringing bacon to the table next time?

EVERYDAY IS TAKE YOUR DOG TO WORK DAY

Wouldn’t all of your Mondays be bright if they started exactly like this? The affectionate pup, who often accompanies Dad to work, is by Jackman’s side in the office and beyond. In 2011, he brought the dog with him to work in Toronto – first class! – and later on his European vacation. “He’s part of the family,” Jackman’s wife Deborra-Lee Furness told PEOPLE at the time.

You can’t stay mad at this face for long – and we mean either one! Even when the curious canine got his head stuck in a planter in 2012, it didn’t take long until all was fur-gotten. “Dont worry there was a hole in the bottom,” Jackman Tweeted.

THOSE PECS ARE HIS PILLOWS

HE'S IN THE DRIVER'S SEAT

Where to, Hugh? Just like he does on their walks around New York City, the actor lets the pooch navigate on the open road, too. “Driven in my car. I turn on the radio,” Jackman joked on Instagram. Now might be a good time to turn on the GPS.

DALI IS A JOLLY GOOD LAUGH

The key to happiness lies in the little things. “Might have the most hilarious dog in the world,” Jackman shared on Instagram in December with a photo of the pooch posing on a piece of carpet. “He thinks he’s playing the piano. Dali J protege.” That time Dali had a staring contest with a baby dear was pretty paw-some, too.

HIS DOWNWARD DOG IS UN-FUR-GETTABLE

All workouts would be sweet if they ended like this. “Dali J came to yoga class today,” Jackman wrote on Instagram of his yoga partner. We hope the pup remembered to breathe!

Hugh Jackman Treats His Dog to a European Vacation

Hugh Jackman Gets a New Dog from Santa 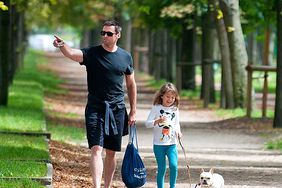 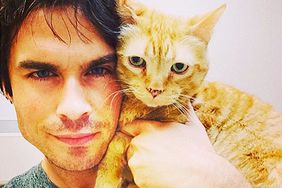 Celebs Getting Their Work Out On — with Pets! 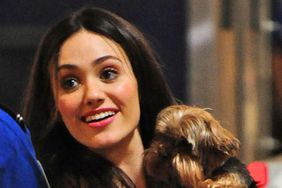 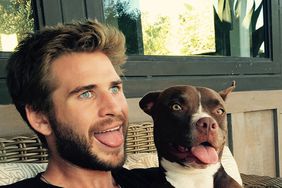 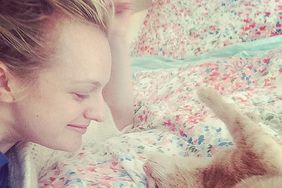 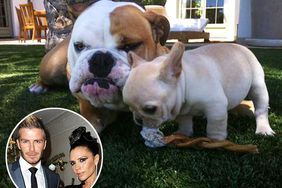