The moms-to-be have been named Mary, Bethlehem and Noel, and they are now awaiting their puppies in loving foster homes

Three expectant canine moms found themselves caught outside with nowhere to go in freezing conditions right before Christmas.

Instead of finding a manger, this trio of dogs found the warm safety of the Helen Woodward Animal Center.

The moms-to-be were first spotted huddled together in the backyard of a Southern California home by a concerned neighbor. While visions of SoCal are filled with sunshine and beaches, the desert towns in the area, like the one these dogs were found in, can become freezing at night.

After finding the dogs and taking a look at their condition, it became clear to the neighbor that the pregnant pets were abandoned in the backyard by their former owners without any food, shelter or water.

Worried that the pooches wouldn’t make it through the night, the neighbor took the dogs out of the freezing cold dark and brought them to a local shelter. Unfortunately, the shelter was at full capacity, but instead of turning the dogs away, one of the rescue’s coordinators made phone call after phone call until they found a welcoming place that had room for the neglected dogs.

That place was Helen Woodward Animal Center in Rancho Santa Fe, California. The moms arrived on Dec. 22. Once at the Center, the trio was given names that complemented the Christmas season: Mary, Noel and Bethlehem. All of the canine ladies turned out to be young Chihuahua/Pug mixes, not one over the age of 18 months, and they are expected to give birth in the next few days.

“Not all shelters can take in pregnant mothers,” said Center spokesperson Mindy Wright. “It takes a lot more resources from our medical team, our foster network, and our staff to care for moms and their puppies than it would to take a single dog, but, we know the miracle of saving those mothers is that every rescued litter of puppies multiplies the love that exists in the world. It’s extra-special to be able to give these expectant mothers [care] during Christmastime. It’s the kind of miracle we work year-round to make possible.”

After all three mothers got a clean bill of health for themselves and their babies-to-be, they were moved into separate foster homes in the area. Out of the cold, into the caring arms of animal lovers, each of these dogs will now be able to give birth in a warm, peaceful and compassionate atmosphere.

Once the mothers have given birth and weaned their puppies, they will be spayed and available for adoption. Their puppies, once old enough, will be neutered and adopted out to loving forever families. Helen Woodward Animal Center expects all of the canines to be spending the 2018 holiday season in a forever home. 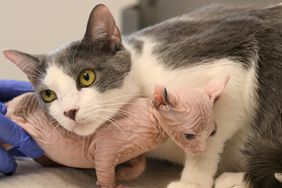 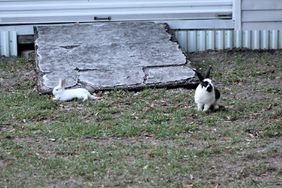 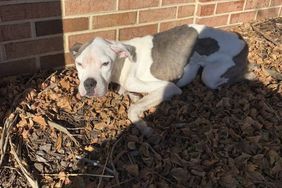