From near-death experiences to super-steep tumbles, meet the canines who defied the odds this year

Six-year-old Tristan Moulton, who suffers from spinal muscular atrophy type 2, just wanted a dog. But soon after his family found Yorkie Max, they realized the pup had a congenital heart defect. Thanks to a team of generous doctors, though, Max underwent complex surgery and hasn’t left Tristan’s side since.

CHLOE: UNDER THE BUS

Dalmatian Chloe found herself under the hood – literally – in March, when she slipped out of her collar and ran across a busy London road. Luckily, she missed contact with the bus wheels, and firefighters were able to get her out using a hydraulic pump.

BUCK: LOST IN THE MOUNTAINS

For 40 days and 40 nights, black Lab Buck roamed the Santa Cruz Mountains, where he’d found himself after running away. He was rescued by a neighbor, who happened to be on a hike, and reunited with his family after they’d given up all hope.

When pilot James Trefz took off in his private aircraft in February, it turned out to be his last flight, as his single-engine plane crashed into a tree. Amazingly, his terrier mix Zulu survived without a scratch, and was recovered at the scene.

FIRU: DRAGGED BY A PICKUP

Firu’s owners had forgotten he was tied to their truck when they got behind the wheel in September. The mile-long trek left the American bulldog mix severely scarred, but great care (and a check for help from Ellen DeGeneres) prepped the pup for a potential new home.

Champ took five bullets in an Orange County, Calif., home invasion, only to be put on the kill list. But rescuers were “in awe” that the dog was hanging on, and stepped in to nurse him back to health. Fully recovered, the “happy boy” was adopted in May to a new home.

TROOPER: BURNED BY HIS OWNER

A Philadelphia father set fire to pit bull puppy Trooper as his children watched, and warned them not to say anything. But the kids told their counselor, who alerted authorities and helped save the puppy, who found a happy foster family in New Jersey.

THE LITTLE GUY: HIT BY A TRAIN TWICE

It was too late when engineer Fred Krause realized the small pile between the train tracks was a dog. But while making his return trip later that April day, he saw the pup his train had hit and, that night, rescued the dog, who was miraculously still alive.

PUPPIES: SEALED IN A DUFFLE BAG

An Ohio woman who spotted a moving duffle bag in an alley found a surprise inside: five puppies, hardly able to breathe. The dogs got a second chance at Animal Friends Humane Society, while their former owner was sentenced to 10 days of community service.

Covered in fleas, missing hair and dealing with a painful broken leg, Dillinger stood helplessly in his cage, dumped in a pile of trash. Florida authorities found the pup, and a series of surgeries made him ready for adoption this summer.

PEGGY: TOSSED FROM A WINDOW

A domestic scuffle caused an angry boyfriend to toss Peggy from a fourth-story window this summer, breaking two of her legs and causing various other injuries. Locals raised $5,000 to help with the dog’s care, and her tormentor was arrested on animal cruelty charges.

Curiosity almost killed the dog! Oscar caught the scent of something in July, and went tumbling 120 feet over a cliff in Dorset, England. Amazingly, he survived with just a few scratches and a temporary little limp.

Found by shelter staffers in Louisiana, abandoned pup Ripley was covered in pounds of matted hair and hardly looked like a dog. But some serious grooming and a little TLC gave the adoptable pooch a second lease on life.

HARLEY: STUCK IN AN OIL PIT

A homeless man living in an abandoned car wash heard Harley’s distressed calls in May, and found the shepherd mix nearly drowning in an secluded oil pit. He used a rope to pull her out, then called a friend, who helped transport the frightened dog to a local shelter.

MURPHY: BACK FROM THE DEAD

Lucky for rescue pup Murphy, veterinarian Cara Blake just happened to be nearby when he was hit by a car and lost all signs of life. Blake performed CPR, bringing Murphy’s heartbeat back, and got him to the animal hospital in time to receive urgent care.

BALTIC: FLOATING IN THE SEA

The photo says it all. Alone and afraid, this mixed-breed pup was discovered 15 miles offshore from Poland in the frozen Baltic Sea in January. Scientists on a passing ship rescued him – and one later adopted him, naming him Baltic.

VERNON: SWEPT AWAY IN FLOODS

As the Los Angeles River swelled in January, one unlucky dog named Vernon spent more than an hour in the rushing waters, struggling to stay alive. A firefighter finally reached him by helicopter and, in a stunning video, plucked him from the flood. 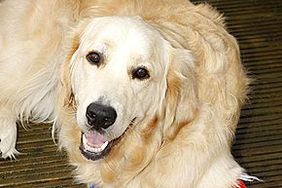 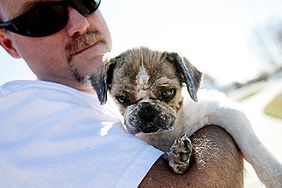 Dog Left Out with Trash Recuperates with Physical Therapy 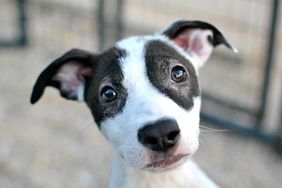 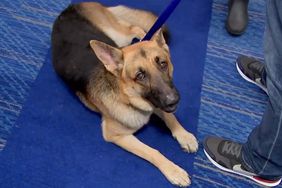 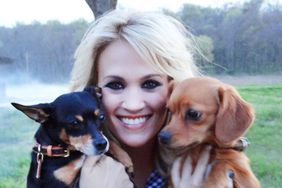