Many say 2016 has been the worst year ever, but these amazing animal news stories may change your mind

The year 2016, now in its final days, has been kind to very few, and the general population has not been shy about voicing their outrage over the whirlwind of bad news that has been dumped on us over the past 363 days.

But there have been some rays of light among the storm clouds, and many of these beams have fallen upon animals, making the bright spots even brighter. To help get you through these final moments of 2016, and also allow you a chance to look back at the year with some positive feelings, we have rounded up 16 feel good and furry stories.

Your Pet Dreams of You

Dr. Deirdre Barrett, who is a teacher and a Clinical and Evolutionary Psychologist at Harvard Medical School, enlightened us about the magic of your pet’s dreams. Turns out that cats and dogs dream a lot like us, subconsciously pondering the things that matter to them most during sleep, which means they are thinking about us even when their eyes are closed.

“Humans dream about the same things they’re interested in by day, though more visually and less logically. There’s no reason to think animals are any different. Since dogs are generally extremely attached to their human owners, it’s likely your dog is dreaming of your face,” Dr. Barrett told PEOPLE.

A Trio of Kittens Turned into Superheroes

Powerpuff Girl kittens Blossom, Bubbles and Buttercup were born with Cerebellar Hypoplasia, a neurological condition which causes jerky and uncoordinated movements. The three cuties could barely move, before 2016 gifted them with a trio of specially-made wheelchairs. Now, the adorable baby cats are starting to move around on their own and are ready for adoption into a loving home.

Now You May Run Into a Pig at the Airport

Travel can be stressful, especially with all the additional restrictions added on over the years. But in 2016, the San Francisco International Airport introduced a positive change, adding Lilou the therapy pig to its staff. This cutie is a professional at helping travelers unwind while they wait for delayed flights.

Disabled Vet and His Dog Get a Job

After struggling to find a job after serving in the Air Force, Clay Luthy found a position for himself and his service pup. The pair was recently hired at a Lowe’s hardware store in Abilene, Texas. The story of these two new employees earned applause from animal lovers across the Internet and the world.

Polly the Goat Beats Her Anxiety in an Adorable Way

Polly, a goat living at the Goats of Anarchy animal rescue in New Jersey, is blind and has neurological problems, both of which contribute to her anxiety. This year she found a way to help battle these negative feelings: putting on a kid’s duck costume. It’s a solution that makes Polly feel better and us feel better, too.

After a brutal and seemingly never-ending election season, it’s great to have some positive political news. A pit bull in Rabbit Hash, Kentucky, was declared mayor in a landslide victory, earning over 3,000 votes. By winning the election, Brynneth Pawltro the pit bull, also helped raise money for a shelter in need.

A Pup Met Her Idol

Jolene loves Gumby; her favorite toy is a Gumby doll that she carries with her almost everywhere. To show Jolene just how much he loves her, the dog’s owner dressed up as Jolene’s favorite clay creature and surprised his pup, who was overjoyed by the meeting.

A Bachelor Party Can Turn into a Puppy Party

If you are out celebrating an engagement, keep an eye out for puppies. A whole litter of stray baby dogs and their mom surprised a bachelor party in Tennessee. The men immediately welcomed the unexpected guests into their cabin and cared for and cleaned up the animals. By the end of the bachelor party weekend, every attendee walked away with a lifetime commitment in the form of an adorable dog.

This Young Boy No Longer Needs to Steal Puppy Hugs

Josh Breaux made headlines when he was caught on a home security camera sneaking into his neighbor’s garage to steal hugs from their dog. Now, the boy doesn’t have to go far to get a furry embrace. The 9-year-old recently received his own puppy and personal hug buddy.

A 2016 sensation, Netflix sci-fi show Stranger Things inspired plenty of parodies and homages, but perhaps the best, and certainly the cutest, was Doug the Pug’s version of the series.

This Needy Pup Got a Boost

Eli the puppy can now enjoy a full meal and a full tummy thanks to a custom made high chair that helps him eat. The 7-month-old pup from Boise, Idaho, suffers from megaesophagus, a condition that doesn’t allow food to travel from his throat to his stomach. Before getting his high chair, Eli was malnourished and needed to be syringe fed his meals. Now, thanks to donations, the pup has his special seat that allows him to eat just like other dogs.

Benedict Cumbercat Is a Real Feline Who Cares for Other Kitties

It’s hard to stay sad when you know that somewhere out there is a kitty named Benedict Cumbercat. This fluffy gentleman has dedicated his nine lives to comforting the foster kittens that come into his home. Benny takes the little felines under his paw and helps them adjust to life outside the shelter, which helps the adoptable cats find forever homes faster.

Goat Yoga Is a Real Thing

Feeling stressed? Come do some downward dogs amongst the goats. No Regrets Farm in Albany, Oregon, started up Goat Yoga sessions this year. It’s exactly what it sounds like: doing asanas outside while peaceful baby goats prance around and on you.

You Can Become a Wombat Cuddler

Bored and uninspired at your current job? With a quick move to Australia you can get a job cuddling wombats professionally. Tasmanian wombats like orphaned baby Derek are looking for folks (Australian citizens) to carry them around and tell them they’re wonderful from 9 to 5. There’s no reason it shouldn’t be you.

One little dog at a Philadelphia Phillies game proved that anyone can find nirvana anywhere, if they are just open to life. This pup, swaddled in the comfort of a baby carrier, showed all of us that 2016 doesn’t have to be bad if you have the right perspective.

A Hummingbird and a Dog Became Best Friends

It’s a tale of acceptance and tolerance, and a story that should just put a smile on your face. In 2015, Rex the dog saved a hummingbird that had fallen from his nest, staying by the infant bird’s side until a human came to help. Instead of flying off and moving on with life, the bird stuck around to show her appreciation after her recovery. A year later the pair are still together, and spend nearly every moment side-by-side. 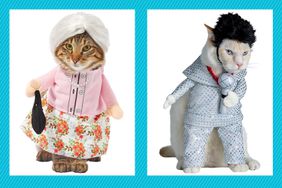 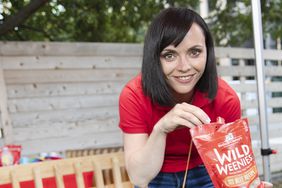 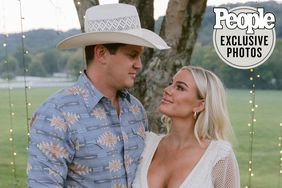 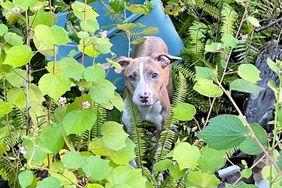 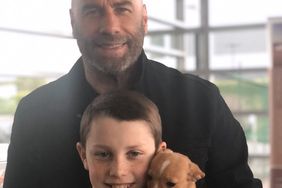