The singer and his wife Shelly welcomed their fifth child — and first son — on Monday, May 5, the band announced via Facebook and Twitter Thursday.

The country crooner joked he wasn’t willing to give up having children until he could balance out his brood of girls — Joni Mason, 3, Georgia Sloan, 4½, Lucy, 5½, and Justice, 7 — with a boy.

“We’re just gonna keep on going until we get a boy,” he joked in 2011 following the birth of his fourth daughter.

The new dad — who announced the pregnancy and sex of the baby in November — and the Zac Brown Band will kick off their Great American Road Trip tour in May. 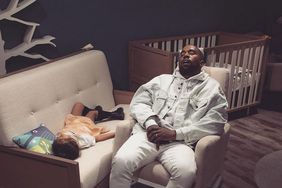 The #Cheesepocalypse is Real: Your Reactions to the Velveeta Shortage