Rebecca Zamolo says she and husband Matt Slays "always wanted to have a family, that's been a dream of ours forever"

Rebecca Zamolo opens up about suffering a miscarriage in an emotional new video.

The YouTuber, 36, and her husband Matt Slays reveal the news on her channel in an upload posted Saturday, telling her 10 million subscribers that she suffered the miscarriage 9 weeks into her pregnancy. In the tear-filled announcement, Zamolo explains that "this is one part of our life that we haven't really shared with anyone."

Four years ago, Zamolo underwent surgery to have her colon removed, a life-saving procedure that, in turn, makes it "harder" for her to have kids.

"Matt and I have always wanted to have a family. That's been a dream of ours forever," she says, adding that they began IVF treatments a year ago.

Zamolo recalls the IVF process and finding out she was pregnant, sharing emotional footage from throughout the fertility journey. Slays recalls feeling "excited" about the pregnancy news, adding that they didn't know what would come next.

Days later they learned she had a chemical pregnancy, an early pregnancy loss. They moved forward with another round of IVF. She had an implantation the week after Thanksgiving and found out she was pregnant again.

RELATED GALLERY: Celebrities Who've Bravely Opened Up About Their Miscarriages in the Hopes of Helping Others

Zamolo says they revealed the pregnancy news to her mother and sister — who has previously offered to serve as her surrogate — over the holidays. "The fact that I was able to get pregnant was so exciting, and to know that my body could hold a baby, a human, in it," she says.

The couple learned of the heartbreaking news during a week 9 ultrasound appointment. "I didn't see a flicker," she recalls of the scan. "I was like, 'How come there's no flicker?' I instantly had a gut feeling. I was like, 'Something is wrong.' "

"That moment, it was like it was all done. This whole plan, this whole pregnancy was over," says Zamolo. "We weren't even expecting this at this point. Our chances were like less than 6 percent of a miscarriage at this point, and my levels were so strong. We were caught off guard."

"Everyone was in shock," she recalls. "I know you're not supposed to blame yourself, but I'm like, 'Was there something I did?' I was so careful."

Zamolo then explains why she felt it is important to share their experience with fans rather than hide the emotional realities.

"It's almost like, as a woman, you just feel like you're not worthy if you can't bear a child. I started thinking about how I've connected with so many of you ... and how much I appreciated the connection once I opened up. I was thinking about it and I got angry. It was like, society tells us as women that we have to keep this private, even the husbands. We can't talk about it, so you have no support system. ... You feel all alone."

Now starting "back at zero," she says she will continue sharing their story because she needs the support.

"Hopefully there will be a happy ending, but maybe we don't know what that is," says Zamolo, later adding, "Our journey is not over. We're just starting, and we're gonna be sharing this journey with you guys. ... Honestly, making videos has been such a life-saver this year with everything going on. It was the one escape where you can just have fun and you don't have to think about it."

Celebrating their sixth wedding anniversary in May, Zamolo penned a sweet message to her younger self, saying she is "lucky." "He's going to be the father of your children one day soon," she wrote at the time, "So little Rebecca, always remember that no matter what, you deserve to have a Matt, and you'll one day meet Matt... so don't settle for anything less."

Days before revealing her miscarriage to her followers, she wrote on Instagram, "Would you reveal something personal even though it made you vulnerable to the world if you knew it could help others?" In the comment section, Slays wrote, "You are the strongest person I know." 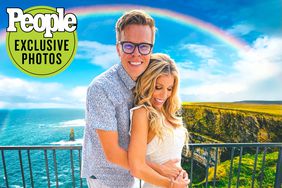 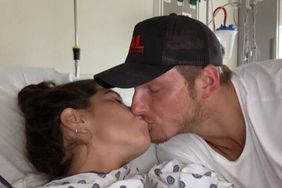