The writer’s strike has shut down production on John C. McGinley‘s show Scrubs, but according to John’s pregnant wife Nichole Kessler, it isn’t such a bad thing.

I’m, like, telling the cravings to kick in now because hubby’s around and he can go and get it.

The strike also means that more responsibilities are on John’s shoulders.

In my first trimester, I was very morning sick and so John did all of the shopping. He’s the best husband in the world.

I can do everything now because we stopped work yesterday.

Nicole is getting ready with the help of classic What To Expect When Expecting both via book and email.

Yes, of course, I get the emails everyday! They also have an email program ‘What to Expect When You’re Expecting.’ It sends you an email, and then I also read the book, of course.

The program is also helping John, 48, although he already has a parenting experience with son Max, 10.

Nicole forwards me the ‘What to Expect’ whenever it’s kind of titillating or interesting. You know, they tell me about how much fluid is in there.

John and Nichole expect their first child together, a daughter, on February 2nd. 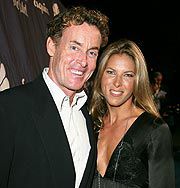 Second child on the way for John C. McGinley -- a baby girl 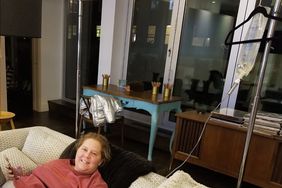 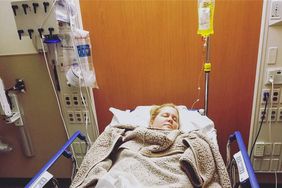 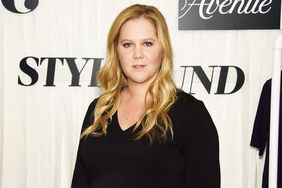