Unmarried Women with No Kids Are the 'Healthiest and Happiest Population Subgroup,' Says Expert

"If you're a man, you should probably get married; if you're a woman, don't bother," said Paul Dolan, a professor of behavioral science

Good news for women feeling pressure to rush toward the altar and/or motherhood: You might be happier (and live longer!) just the way you are.

As reported by The Guardian, professor of behavioral science Paul Dolan said on Saturday that while “married people are happier than other population subgroups,” that only applies to “when their spouse is in the room when they’re asked how happy they are.”

“When the spouse is not present: f—ing miserable,” added Dolan, who teaches at the London School of Economics, adding, “The healthiest and happiest population subgroup are women who never married or had children.”

Dolan’s comments come shortly after the release of his book Happy Ever After: Escaping the Myths of the Perfect Life which, according to The Guardian, reflects on data from the American Time Use Survey (ATUS) that polled different types of people — single, married, separates, divorced and widowed — to compare happiness levels.

Interestingly, the opposite was true for men — meaning they seemed to get more of a benefit from marriage than women because, as Dolan explained, they “calmed down” after tying the knot.

“You take less risks, you earn more money at work and you live a little longer,” he said. “She, on the other hand, has to put up with that, and dies sooner than if she never married.”

“We do have some good longitudinal data following the same people over time, but I am going to do a massive disservice to that science and just say: If you’re a man, you should probably get married; if you’re a woman, don’t bother,” Dolan added.

Middle-aged women who were married also saw an uptick in potential mental and physical ailments, he said, according to The Guardian.

And Dolan is championing the results: “You see a single woman of 40, who has never had children — ‘Bless, that’s a shame, isn’t it? Maybe one day you’ll meet the right guy and that’ll change.’ ” 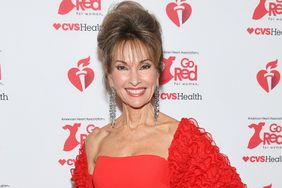 Women in Politics and What's Ahead

Scratch a Carefree, Swinging Single, Says a New Study, and Find a Worrier Who Wants a Mate 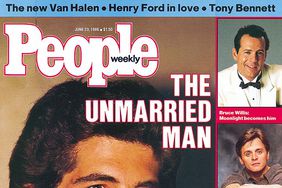