Update: It’s another boy! Will tells Dave Letterman that, "We know, but I don’t remember if we’re telling people or not. Hmm. I told the Today Show that we didn’t know. Oh well, it’s a boy." Baby’s making his debut the end of December.

Son Magnus, 2 1/2, is not thrilled. When Will tells him there’s a baby in Mommy’s belly, Magnus pauses, looks at Will, and says simply, "No. No baby." Will told the same story on the Megan Mullaly show in September.

Will also brought caricatures – which he says is better than taking photographs – of Magnus partaking in such activities as windsailing and billiards. Amazingly, Magnus is a pool shark at only 2 1/2 – Will says he brings in 1/3 of his income just hanging out in bars with his son, playing pool! Haha.

Actor Will Ferrell and his wife Viveca are expecting their second child, Will announced Thursday night on the Jay Leno show. The new baby will join son Magnus, 2.

When Will and Viveca told their son that he was about to be a big brother, he didn’t quite understand it and thinks that "Mommy has a baby in her head."

Source: Will on The Tonight Show. Photo thumbnail courtesy of DailyCeleb.

Will Ferrell on his son Magnus' name 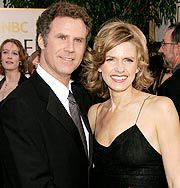 Will Ferrell & Wife Expecting Baby No. 2 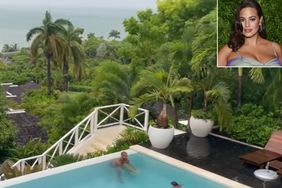 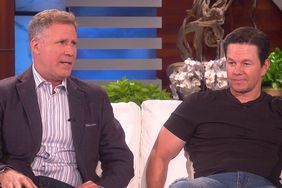