Vanessa Lachey is opening up about her son’s Respiratory Syncytial Virus (RSV) diagnosis that left him hospitalized shortly after his birth.

On Tuesday, the mom-of-three posted a photo of Phoenix, who is now almost 2, when he was a baby and shared her experience about caring for her son — who was born 10 weeks prematurely.

“When I gave birth to my youngest, Phoenix, at 30 weeks, I knew he would need extra care,” she wrote on Instagram.

In the shot, Vanessa, 37, holds a young Phoenix — who is wrapped up in a blanket, wearing a hospital gown, and has a breathing tube up his nose.

“But I wasn’t aware that he was at an increased risk for a common respiratory virus called #RSV due to his under-developed lungs and immature immune system,” she continued.

Those with the respiratory virus typically experience cold-like symptoms, including coughing, runny nose, and fever. Although most RSV infections clear up on their own within 7-14 days, it is especially dangerous for young infants as it can cause breathing difficulty and dehydration, according to the Center for Disease Control and Prevention.

“So when he was hospitalized for six days for severe RSV disease, I was shocked and terrified,” Vanessa added. “I wish I had known more about RSV before this traumatic experience.”

She also went on to explain that she is partnering with AstraZeneca, a pharmaceutical company, to raise awareness about the disease during its month-long initiative.

Vanessa and husband Nick Lachey, 44, previously opened up to PEOPLE about adjusting their expectations when it came to the youngest member of their family.

“What I’ve had to do for myself now as a mom of a preemie is to not count the milestones,” Vanessa said at the Pampers‘ #SleptLikeThis event back in January.

“I mean that loosely and with love — to not compare him because every kid is going to be different, especially a preemie,” she added.

RELATED VIDEO: Vanessa Lachey Breaks Down as She Reveals She Underwent an Emergency Surgery During Premature Birth of Son Phoenix

The pair — also parents to Brooklyn Elisabeth, 3, and Camden John, 6 — were also careful to not compare what their two older kids were doing as 1-year-olds to what Phoenix was capable of doing.

“He’s smaller, but he’s healthy. He’s so happy,” Vanessa said. “Brooklyn and Camden were standing and walking a little bit at this point and he’s not even near that.”

“And I’m okay with that because every kid has their own time and their own moment,” she explained, “and instead of us dwelling on what he’s not doing, we’re just living and relishing in what he is doing.” 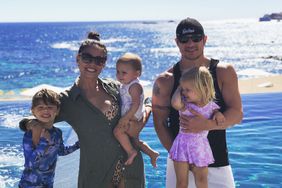 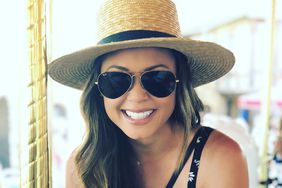