The Valco Baby Latitude Single Stroller ($300) looks like a high-end jogging stroller but is priced much lower and its large basket makes it ideal for shoppers. It comes with a foot warmer and a rain cover andit looks really good. We tried the clay color, a mostly black stroller trimmed in rich, brick red and found the fabric durable and very sophisticated. It’s carseat compatible, too!

The Ride:
The Latitude isn’t meant for jogging, but I had no problems (like stepping on the wheels) when I pushed it at a fast walk in the city. I’ve found that really high-end strollers whiz through three-point turns in doorways and this one doesn’t make the cut on that tough maneuverability test, but for the money it’s really quite easy to manage. The plastic wheels have a smooth ride (though not as cushy as air-filled tires would be) and its strong frame didn’t wince when I put my 33-pound preschooler in it. A really simple brake bar stops both rear wheels simultaneously and works well. Plus, it took eight pounds of canned peaches in my diaper bag, strapped to the handle of the empty stroller, to tip it over backward. Impressive!

The Seat:
The seat reclines fully with one hand and has a padded, five-point harness so it’s good for the littlest passengers, plus toddlers can sit nearly upright in it. I found the buckle system a bit convoluted the first time I used it. In fact, I ended up wriggling my 8-month-old baby out of the straps because I couldn’t get it unbuckled. But after re-checking the directions, I learned that you have to squeeze the buckles together and push the button, then it releases. Now it’s easy to manage, but the extra step seems unnecessary.

Sun Exposure and Storage:
Every parent has stroller deal breakers and mine are sun shades, cup holders (alas, it has none) and a large, accessible basket. The sun shade is substantial and it pulls down smoothly. It has a nice-sized plastic window with a cover that rolls down over it so you can check on the baby or block the sun. The Latitude’s basket is sizeable, easily reachable and completely contained under the stroller so the stuff doesn’t roll out. It was big enough to shove in my large diaper bag and it stayed secure there. It has a handle that adjusts easily to accommodate taller parents and a footrest that tilts but doesn’t come off to accommodate leggy toddlers.

Customer Service:
The stroller I received had a problem with the wheels that was quickly remedied by their PR people, who treat reviewers with extra TLC. But I wanted to know what would happen if I didn’t have the extra help, so I called the toll-free customer support number and, well, lied. I got a real human being almost immediately and I told her I’d received the stroller as a gift and it had the wheel problem. After about 30 seconds on hold they offered to send me a replacement part free of charge.

The Fold:
Folding the Latitude takes a little practice and two hands. You have to twist a knob that’s part of the frame while pushing a button on the handle with the other hand. Then a nylon strap clips to the frame to keep it from unfolding. You can wheel it around when it’s folded, which is a nice feature, but it doesn’t stand up on its own.

The Latitude weighs 19 lbs, which is on the light side for a full-featured stroller. It’s only 22.5″ wide, which makes it easy to wheel around the sale racks.

Pros: Subtle, sophisticated look. Nice sun shade. Fully reclining seat. Great customer service.
Cons: Takes a while to get the hang of folding it and working the seat restraint system, which are more complex than needed.

Final Verdict: The Latitude is a good-looking, full-featured stroller with a bit of a learning curve when it comes to folding and unbuckling.

CBB Deal: Save 5% on the purchase of Valco’s Latitude strollers and accessories at Let’s Go Strolling with coupon code VALLAT5. (Expires April 30, 2009.) 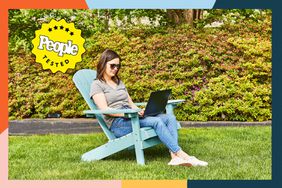 Evenflo Aura Select Stroller: A Full-Featured Stroller For Under A Hundred Bucks

Combi Twin Sport Stroller: Two Can Ride For The Weight Of One

Trends For Kids Buggster S Stroller: The Suspension Will Spoil You