Usher can't get enough of his baby girl!

On Sunday, the singer, 42, shared a rare photo of him hanging out with his 8-month-old daughter Sovereign Bo, admiring the infant as he looks lovingly into her big eyes.

In the sweet picture, posted to Instagram, baby Sovereign holds her father's chin while the "Love in this Club" artist smiles at his daughter. The little girl, whom Usher shares with girlfriend Jenn Goicoechea, looks too cute in the photo as she wears a watermelon printed bib and stares back at her dad.

The cute post comes just weeks after PEOPLE confirmed that the couple is expecting their second baby together. Usher is also dad to sons Naviyd Ely, 12, and Usher V, 13, from a previous relationship.

The star and Goicoechea welcomed their first baby, daughter Sovereign, in September.

During the red carpet for the iHeartRadio Music Awards last month, which Usher hosted, Goicoechea showed off her growing baby bump.

Ahead of the awards, the "Yeah!" singer discussed the meaning behind their baby girl's moniker in an interview with Extra.

"So, Sovereign, man, is such a beautiful word and name to me, you know, a supreme ruler is obviously the defined name," explained Usher. "She's definitely ruling the household, but Sovereign Bo — Bo is at the end of it, so [she's] my little 'reign-bo.' "

Usher introduced his daughter to the world during a virtual appearance on The Ellen DeGeneres Show last November, sharing the first photo of himself kissing the newborn's forehead. 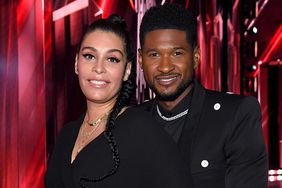 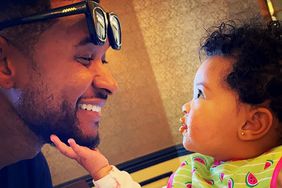 Usher Says He's 'Loving Being a Girl Dad' to Daughter Sovereign and 'Can't Wait' for Baby No. 4 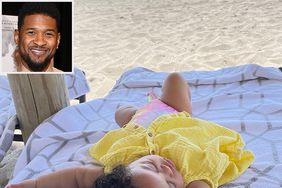 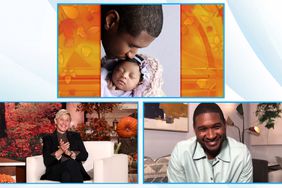