Baby on the Way for Usher and Girlfriend Jenn Goicoechea: 'They're Both Thrilled,' Says Source

Yeah — Usher is going to be a dad again!

The "My Way" singer, 41, is expecting his third child and first with longtime girlfriend Jenn Goicoechea, a source confirms to PEOPLE.

"Usher's very excited to be a dad again. They're both thrilled to be expecting," says the insider of Usher and Goicoechea, who have been dating for years.

The parents-to-be were recently photographed with their arms around each other, the music executive's baby bump visible under a fitted black top.

Usher and Goicoechea's little one on the way will join his sons Naveid Ely, 11, and Usher V (a.k.a. Cinco), 12, whom the musician shares with ex-wife Tameka Foster.

RELATED GALLERY: Who's Due Next? Emma Roberts, Khadijah Haqq McCray and More Celebs Who Are Expecting

Usher confirmed the baby news himself on Good Morning America Friday while announcing his 2021 Las Vegas residency, saying his sons are "elated" and "excited" about their sibling on the way.

"Babies always bring such joy to a family and [I'm] really excited for my young one — well, my bean's arrival," he added.

Following her boyfriend's GMA appearance, Goicoechea shared a cheeky snapshot of the pair to her Instagram announcement, captioning it, "Proud of you Baby Daddy 🥰."

Usher is relatively private when it comes to fatherhood, but shortly after wrapping his movie Hands of Stone in 2016, the star took a breather to "focus on my kids and personal things," he told PEOPLE exclusively.

And though was working on multiple projects at the time, it was still the special moments with his family that meant the most to the "You Make Me Wanna ... " hitmaker.

"I went on an air-balloon trip with about 15 people and we were about 3,000 feet in the air. Both my boys were up there with me," he recalled about a recent trip to Italy. "It was cool to just have that little moment away."

Usher was previously married to Foster for two years, before they called it quits in 2009. The singer married Grace Miguel in 2015; the two split after two years of marriage, and Usher went on to file for divorce in December 2018.

Us Weekly was the first to report the pregnancy news. 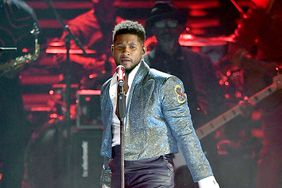 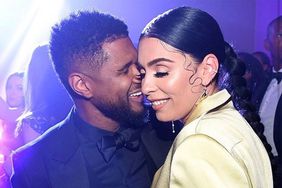 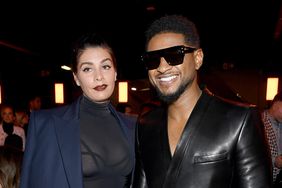 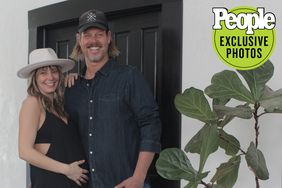