As the writers’ strike wears on, Tina Fey gets to spend a lot more time with her 2-year-old daughter Alice – and is finding out just how grown-up the little one is becoming.

“She’s hilarious,” Fey, 37, tells PEOPLE. “She’s really starting to talk in full sentences, and she has her opinions and she’s a little bit learning how to lie.

PEOPLE spoke with Fey and her husband, Jeff Richmond, at “An Evening With 30 Rock,” a panel discussion with the NBC show’s cast Thursday night inside New York’s Puck Building and sponsored by the American Academy of Television Arts and Sciences.

Richmond, a composer, also remarked on Alice’s precociousness – in particular, her expanding taste in music.

“She likes Mary Poppins,” said Richmond, 47. “She sings ‘Just a Spoonful of Sugar,’ that’s her tour de force. … We were trying to teach her some Amy Winehouse the other day – just the ‘No, no, no’ part.”

It also sounds like Alice, who was born in September 2005, is already brushing up on world events, with some help from CNN.

“Oh yeah, she topical,” Richmond said. “She can’t differentiate between all the colors – even though she knows all the color names – but she knows who Anderson Cooper is.”

On the subject of the strike, Fey said she wants to be working again – but is thankful to have the extra time to spend with her family.

“I have 1,000 percent more time with Alice,” she said. “I’m as tired as I was when I was working, because a 2-year-old will wear you out, but that’s the only blessing in this strike situation for me.” 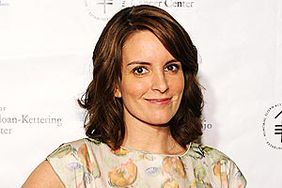 Tina Fey talks potty and her 'air conditioner' of a daughter

Tina Fey Hoping For a 'Bit of a Breather' After Baby 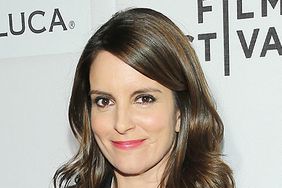 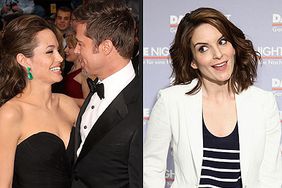