The Jolie-Pitts Take in a Broadway Show

In order to get everyone inside the Lunt-Fontanne Theatre, a security team escorted the family. It’s the second big show for the parents this week: Sunday they were at the Oscars in Hollywood.

Jolie is now in New York to film her new movie Salt, described by Variety as an espionage thriller in which she plays a CIA agent accused of being a Russian spy.

See a photo of the family here! 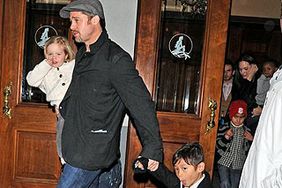 The Jolie-Pitts Take in a Broadway Show

Brad and Angelina Take the Kids to Mary Poppins 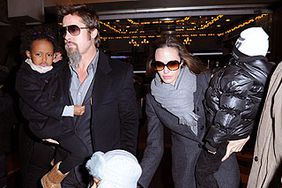 Brad and Angelina Take the Kids to 'Mary Poppins'