In a show of support, Swift’s pal Jaime King shared a throwback photo of the singer cradling King’s son Leo Thames, now 3, in her arms.

“Saturdays are for snuggling. Especially with women that you love and use their voices for the greater good,” the actress, 39, wrote, referencing the fact that Swift has been encouraging her fans in Tennessee to head to the polls early — and then sharing a number of their voting photos on her Instagram Story.

“Surround yourself with those that have your back. Near or far,” King continued, adding both “#Godmother” as well as a variety of emojis: hearts, lips and a snake.

Jaime King: Why I Chose Taylor Swift to Be My Baby’s Godmother

The “Look What You Made Me Do” singer, 28, first announced that she would be the child’s godmother in March 2015, while King was still pregnant.

“Guess who just got named Godmother of this little one … (ME),” Swift captioned a photo of herself kneeling in front of her pal while placing her hands on the actress’ pregnant belly.

“And @taylorswift will forever be looking over our new baby @kylenewman – we all love you!” the Hart of Dixie star wrote alongside her own Instagram.

And just days after King welcomed her son in July 2015, Swift took advantage of a week off from her 1989 World Tour to fly back to Los Angeles in order to meet her godson for the first time.

Ahead of her son’s birth, King, told PEOPLE that she chose Swift to be the child’s godmother because “she’s such a beautiful human being.”

“It was because of her morals and her values, the way that she treats people and how hard-working she is … her family and how close she is to them,” she added. “I see what she gives out there to her fans and to her family. That’s the kind of person I want to be the guide and the spiritual protector of my child.” 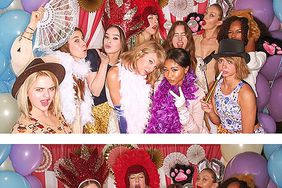 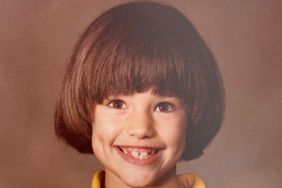