Yulia Volkova, of the Russian duo t.A.T.u., is a new mother, according to the twosome’s Web site.

Dated Dec. 27, the posting reads: “This morning at 6:35 a.m. (Moscow time) Yulia Volkova’s son was born! …The birth went fast and without any difficulties. Both mother and baby feel good.”

In its slightly broken English, the message goes on to say, “Last night Yulia and Lena [Katina, Volkova’s bandmate] had a New Year party in a close circle of friends and their team.”

Volkova, 22, apparently went to bed at 2 a.m., only to be awakened two hours later by labor pains.

With the new mother during delivery was the child’s father, identified only as Parviz. “He didn’t leave her for a second and cut the cord off himself,” says the Web site, which adds: “The boy looks a lot like Daddy – as it should be. Yulia and Parviz keep the baby’s name in a secret.”

This is the second child for Volkova, who also has a 3-year-old daughter, Vika. 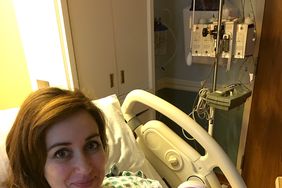 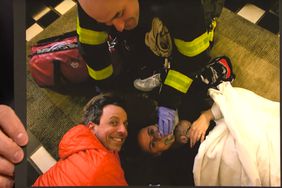