OK! reports that plans are underway for a star-studded birthday bash to celebrate Suri Cruise turning 2 on Friday. But, according to the magazine, plenty of family members will help round out the celebrity-heavy guestlist — including Suri’s older siblings Isabella, 15, and Connor, 13 from dad Tom Cruise‘s prior marriage to actress Nicole Kidman. Also expected to be on hand are Tom’s mother Mary Lee Mapother and Suri’s maternal grandparents, Martin and Kathy Holmes.

Speaking of Suri’s mom, Katie Holmes, the 29-year-old actress is determined to make her daughter’s birthday party a special one. An unnamed source tells OK!,

You can count on special things like individual place settings and festive bunting. And when Katie plans a party, she plans a party!

And although she’s probably not constrained by much of a budget, one area Katie can apparently skimp on is flowers. Suri, the unnamed source says, has allergies and Katie "will make sure that there’s nothing to upset them!" 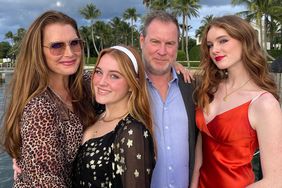