Preston Brust and Chris Lucas of LOCASH have to balance raising their combined five children with releasing No. 1 records — but they’re having fun while doing it.

The country duo spoke to PEOPLE Saturday at the 2019 Bud Light Super Bowl Music Fest in Atlanta about the most recent addition to the LOCASH family: Brust’s second child, son Legend Wilde, who was born in August.

“It’s my second, [Chris has] three — man, we got a basketball team,” Brust joked to PEOPLE. “Starting five, right there.”

Lucas says it’s harder to leave the house with more children. “It’s emotional leaving now,” he told PEOPLE. “It’s harder to leave but I’ll tell you what, it’s the most amazing thing when you come home and you hear the word ‘Daddy.’ ”

“It’s better than No. 1 records,” Brust chimed in. “We love the success of the music industry and everything we strive for, but the family, it’s just everything.”

Referencing the fact that their musical careers have blown up as their families have gotten bigger, Lucas said, “I feel like we get a No. 1 song every time we have a baby. I’m hoping the babies stop and the No. 1s keep going!”

Lucas shared that his youngest, Violet, is starting to repeat some not-so-nice words. “The other day, I’m throwing a football to my kid and I said a bad word and she goes right up to him, points at him and says the bad word because he missed the football. So funny. It shocked me, though.”

“My little girl dropped an F-bomb,” Brust added in solidarity. “I was like, ‘First of all, you don’t know what “fudge” means and we’re just going to change all the wording in this house.’ So now we’re spelling everything out.”

Go Behind the Scenes of LOCASH’s “Feels Like a Party” Music Video: “It Was Real Down to Earth”

Lucas added another parenting tip: “I would say, as parents, please put parental guidance on your iPads,” he told PEOPLE. “[Caden] is very attracted to Megan Fox … I looked in his search history and it got a little crazy.”

Lucas added jokingly, “He doesn’t know what he’s looking at but I’m like, ‘Aww man.’ It’s just like, ‘Oh I’m going to look up Megan Fox in Transformers and then, ‘Oh, here’s Megan Fox in the tub naked.’ ”

The country music pair wrapped up their Pepsi Tailgate Tour in early December. As they worked on new music, LOCASH exclusively announced the name of their upcoming album with PEOPLE in December. The new LP, Brothers, is scheduled to release on March 29.

“The songs on this, we are so proud of,” Lucas told PEOPLE in December. “They’re our babies, but in a moment in our lives as young dads with four hits right now, it’s an amazing feeling, and some of the songs on this album mean so much to us — we just can’t wait for the world to hear it.” 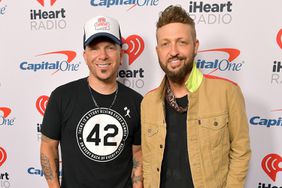 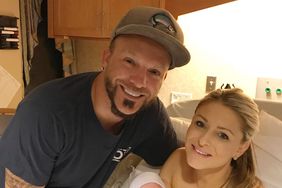