The "Top Chef" winner and restaurant owner is a new mom

The Top Chef season 4 winner and Valentine, a craft-beer consultant, confirmed the news of their first child’s upcoming arrival exclusively to PEOPLE in February. The big news caught them “a little by surprise,” Izard said, since they’d just started trying to become parents.

“I’m pretty sure I screamed [Valentine’s] name while holding the pregnancy test in my hand with a little disbelief,” she shared.

And though the couple obviously eventually came to an agreement on a name for the newest little MLB fan (Dad’s a huge Chicago Cubs supporter!), the process wasn’t easy. In fact, Izard said choosing a name was “one of the hardest parts” of her pregnancy, and that they went back and forth on quite a few names that were primarily “old-school traditional.”

“I feel like I’m just excited to meet him and see what he looks like,” the owner of Chicago-based eatery Girl and the Goat told PEOPLE following her pregnancy announcement. “Hopefully, he likes to read like my husband does, and has his blue eyes. But also hoping he likes to eat mushrooms and tomatoes and cheese, unlike my husband!” 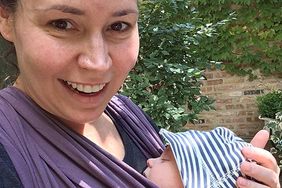 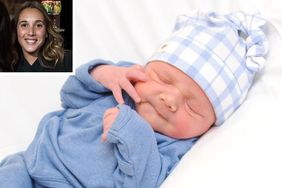 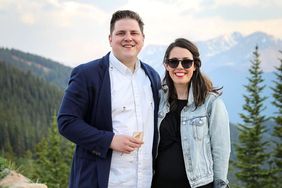 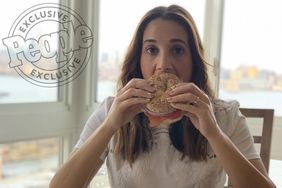