The ladybug-themed luncheon, designed by event planner Jo Gartin of Love Luck and Angels, rivaled the famous birthday parties of Tori’s own childhood.

Held at a private estate in Encino, Calif., the event featured a tented tennis court with chandeliers, a gardening station where guests and their children could create their own potted plants, a cookie-decorating station, ladybug sprinklers, a ladybug insect zoo, face paintings and pony rides.

To top it off, Stella and her 2-year-old brother Liam Aaron‘s favorite group, The Jumpitz, performed a selection of songs for the delighted guest of honor.

“Stella was clapping her hands and enjoying the music,” says a guest of the birthday girl, who wore a white silk dress decorated with ladybugs and red patent-leather shoes by Sweet Shoes. “And Tori and Liam were singing along to the songs.”

When it was time to cut the giant ladybug-shaped cake, Stella first carefully dipped a finger in the red frosting before rolling over and laying down in the middle of the cake, covering herself in frosting from top to toe.

“Tori had to wash her off with one of the sprinklers!” says a guest.

Stella (whose actual birthday is Tuesday) was not the only one to leave with presents. At the end of the party, guests received a gift bag with goodies worth about $2,500, including gift certificates to Billion Dollar Babes and Mabel’s Labels, Philips Avent insulated cups, Ming Ming dolls, Name Your Tune CDs, T-shirts from Market and Robeez Mini Shoez Butterfly mary janes.

The party will be featured in a future episode of the Oxygen reality show Tori & Dean: Home Sweet Hollywood.

Click below for many more photos, including Melissa Joan Hart and Brady, Larry and Dannielynn Birkhead, and Stella after rolling in her cake plus discounts on the goodies Stella and her guests received.

Larry Birkhead cuddles with daughter Dannielynn Hope, 2 ½, during a performance by The Jumpitz.

Check out the view! Dean shows off his pretty princess.

What a mess! Stella got up close and personal with her ladybug cake.

Tori served Rice Krispies Picture Treats from Edible Gifts Plus, personalized with Stella’s photo, at the party (save 20% with code CBB20 (expires 7/31/09).

Stella was gifted Mabel’s Labels Sticky Labels to go with the ladybug theme, save 10% with code CBB2009, expires 6/30/09); her guests received gift certificates so they could order their own custom labels.

Guests were treated to non-toxic manicures and pedicures from Piggy Paint (save 15% with code Stella, plus free shipping over $25, expires 7/10/09). 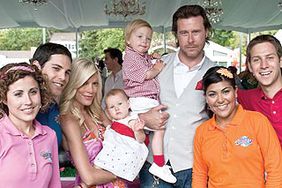 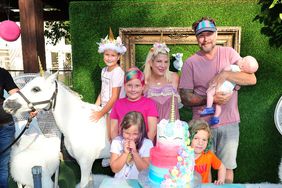 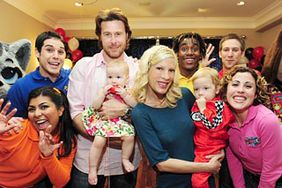 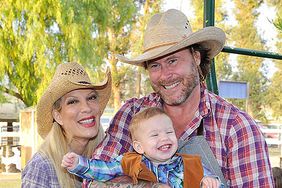 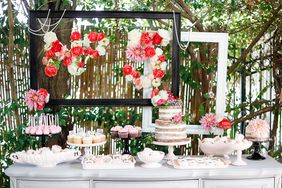 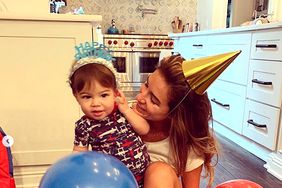 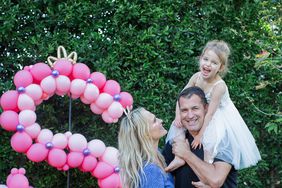 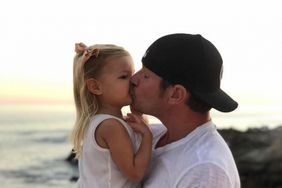