Terri Seymour has the cutest lunch dates ever!

The TV host, 43, took to Instagram on Thursday to share a sweet photo of her daughter Coco, 18 months, and her ex Simon Cowell‘s son Eric Philip, 2½.

“Lunch date #CocoandEric,” Seymour captioned the sweet shot of the toddlers chowing down with a plate of a burger and fries.

Cowell, 56, and Seymour dated for six years before calling it quits in 2008, but they have remained close friends.

The mother of one often talks about the pair’s play dates, and this afternoon gathering was the latest of many.

Seymour explained to Hello! magazine that Cowell wanted their kids to be friends.

“It was perfect timing with his son Eric being so young and he hoped I would have a baby girl so he could set her up with Eric and they could date,” she said during her pregnancy in September 2014. 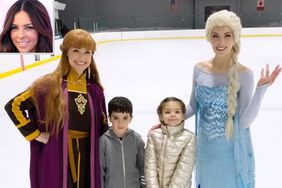 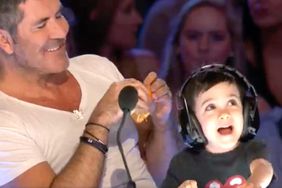 Simon Cowell Says His Son Eric, 3, Is 'Old Enough Now to Be My Buddy': 'We're Friends and He's Fun to Be Around'