Brandon Gomes is bonding with his baby son after the Siesta Key star revealed he fathered a child with another woman while dating Camilla Cattaneo.

On Tuesday's emotional reunion of the MTV reality series, Gomes, 25, shared that he recently found out he had a child with a woman he "hooked up with" 10 months ago. The revelation came as he reflected on his relationship with girlfriend Cattaneo, and he admitted to being unfaithful to her with the mother of his new child.

Gomes said he plans to "step up" and be "the best man I possibly can be" for his son, whom he later introduced to the world on Instagram. "🌎 Meet Quincy 💙," he wrote late Tuesday evening, alongside a photo of himself holding the baby boy as the two looked into each other's eyes.

Sharing a message to viewers in the fallout of the shocking revelation, Gomes wrote an apology to Cattaneo on his Instagram Story.

"@camillacattaneo_ Has been everything to me and doesn't deserve any of this, She's been my #1 fam from the jump and I wasn't the man I wish I could of been," he wrote. "I wish everything were different link but I'm always here for you. I want nothing but your happiness."

"I'm So sorry & can't say that enough ... I will Continue to show you how much you mean to me even the last person you probably want to hear from is me. anyways I love you and all of you internet gangsters out ther come for me and leave her be," concluded Gomes.

On Twitter, Cattaneo seemed to address the reunion special and its life-altering developments, writing, "In the end I would rather be able to say I loved too much than not enough #siestakey."

During the episode, Gomes said he's "dealing with a lot and I'm doing what's right." He added, "Honestly, when that came up and knowing what I was about to put Camilla and knowing what I have to step into, I completely lost it. My anxiety was out of control."

When Cattaneo (who said she found out about her boyfriend's new child via a phone call) chastised Gomes for being in California and not in Florida "dealing with this situation," he became emotional.

"I don't care about any of this right now," Gomes said before storming off camera.

RELATED VIDEO: Siesta Key Cast Flashback to 9 Months Ago When Alex Found Out His Girlfriend Was Pregnant

"He tells me, 'I had a one-night stand with this girl, and she's telling me that she has a kid and it's mine,' " Cattaneo recalled. "I talked to the girl and she tells me that Brandon knew the whole time that she was pregnant and decided to block her when she said she was keeping the baby."

While the woman's identity was not revealed, Gomes eventually returned and apologized for his "mistakes."

"I've made some extremely bad decisions," he said, breaking down in tears. "It's on me. I'm responsible for it. It's my responsibility, I made some mistakes." 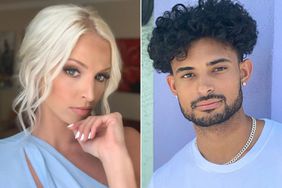 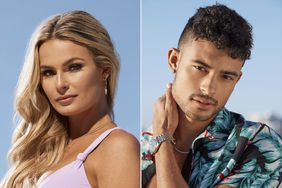 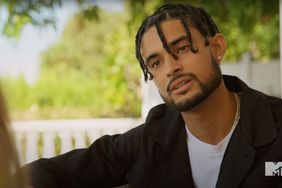