Meet Shay Mooney's Newborn Son: 'The World Is a Better Place with Asher in It'

"Being a dad is the scariest and most amazing thing I've ever done," Dan + Shay's Shay Mooney tells PEOPLE exclusively of his 6-week-old son

Asher James is ready for the spotlight!

At 6 weeks old, the baby boy is already loving the camera — and dad Shay Mooney couldn’t be prouder.

“Being a dad is the scariest and most amazing thing I’ve ever done,” the Dan + Shay singer tells PEOPLE exclusively of Asher, who was born to Mooney and his fiancée Hannah Billingsley at 2:04 p.m. on Jan. 24, weighing 7 lbs., 2 oz.

The singer admits however that since Asher was born, he and Billingsley are also more tired than they’ve ever felt.

“Hannah doesn’t get any sleep at all because she has to feed him,” he says. “He wakes up every three hours or so. He’s sleeping more now, but not a lot of sleep at home.”

The couple announced in October that they were expecting their first child, sharing a photo of a onesie that said, “I’m With the Band.”

“Gonna have a new band member in the Mooney family…2017 is gonna be the start of our best adventure yet!” Mooney captioned the photo on his Instagram account.

FROM COINAGE: Here’s How to Save on Concert Tickets So You Still Have Money for Merch

And though Mooney, who is currently overseas to perform in London with bandmate Dan Smyers, has been juggling fatherhood duties while on the road for the duo’s Obsessed Tour, the singer says he’s thoroughly grateful for his new addition.

“The world is a better place with Asher in it,” he says. “Having a mini-you is the coolest thing in the world. Getting to hold something you created is just very inspiring. It’s like – I cannot believe that I made this.” 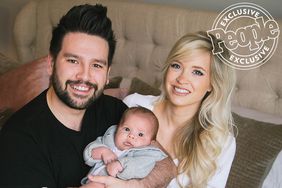 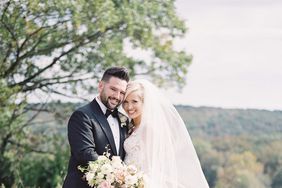 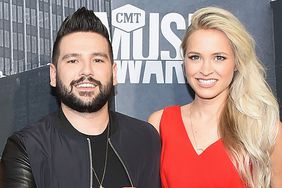 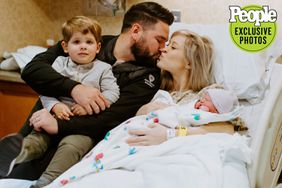 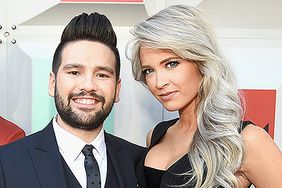