Golnesa "GG" Gharachedaghi "is beyond excited to be a mom and start this new adventure," her rep tells PEOPLE

Golnesa "GG" Gharachedaghi is a mom!

Her son weighed in at 6.5 lbs., and 19.5 inches, Gharachedaghi's rep, Steve Honig, tells PEOPLE in a statement.

Along with the happy news came a sweet photo of Gharachedaghi holding her son moments after his birth.

"Everyone is doing great and Golnesa is beyond excited to be a mom and start this new adventure," Honig says.

PEOPLE first broke the news of Gharachedaghi's pregnancy back in October.

"I can't wait to give this child a life of unconditional love without judgment, the same way my mom has shown me my whole life," she said of motherhood. "I just wish she could teach me how to cook! I still haven't figured that out yet …"

Though Gharachedaghi was happy to reach this milestone, getting there wasn't easy. She nearly lost her life after her first successful IVF transfer last spring led to an ectopic pregnancy that required emergency surgery and the removal of both Fallopian tubes. The experience left Gharachedaghi feeling angry, depressed and lost.

"For weeks, [I was] playing the, 'Who am I supposed to be mad at?' game,” she said. "I wanted to blame someone and I couldn't. I kept blaming myself because no one had an answer. I checked back into therapy, to try to figure out how to work through this all."

She was due in May, though previously said during a WWHL visit in February that doctors would be inducing labor early so she can resume her normal medications for her rheumatoid arthritis.

RELATED: Shahs of Sunset's GG on Pregnancy, Reza's Fight with Adam & Being on 'Team GG' During the Drama

As for the name Elijah Javad, Gharachedaghi told PEOPLE at her baby shower on March 1 that she settled on that moniker years ago.

"Honestly, since I was little, I have been in love with Elijah Wood," Gharachedaghi recalled, explaining that she would name her future son after the actor.

Adding extra special meaning to the name was the fact that it gave a nod to Gharachedaghi's sperm donor, who is Jewish.

"It's a Hebrew name, so it kind of honors my 'Donor Daddy,' as I call him," Gharachedaghi joked. "It was just perfect; it all worked out perfectly."

Shahs of Sunset airs Friday nights at 9 p.m. on Bravo. 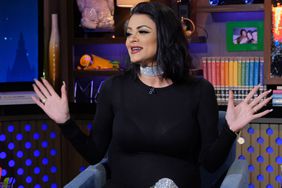 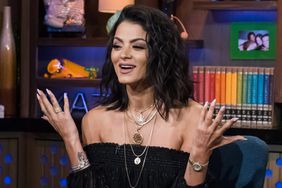 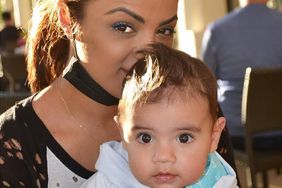 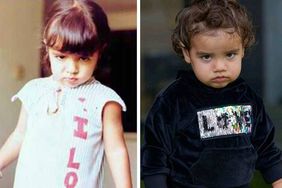 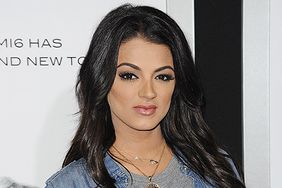 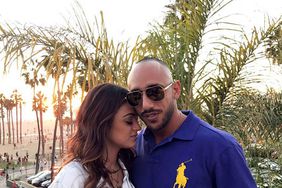