"We had another one, you guys!" Seth Meyers — who is already dad to sons Ashe Olson, 5, and Axel Strahl, 3 — revealed during Thursday's episode of Late Night with Seth Meyers

Surprise! Seth Meyers is now a father of three.

On Thursday evening, the 47-year-old comedian revealed during his late-night talk show series, Late Night with Seth Meyers, that he and his wife, Alexi Ashe, secretly welcomed their third child, a daughter named Adelaide, in mid-September.

Joined by his parents, Hillary and Larry Meyers, as well as his brother, Josh Meyers, who served as guests on the show, Seth revealed the exciting news during a Thanksgiving segment he does yearly, where his sons — Ashe Olson, 5, and Axel Strahl, 3 — and dog Frisbee dress up as turkeys and a pilgrim.

In the video, Seth's two sons are seen in their matching turkey costumes bouncing around on a couch, before the two make the big reveal by showing their infant sister in a matching outfit. "One, two, three, surprise!" the boys exclaim in the clip before they give their new sibling a kiss on each cheek.

"We had another one, you guys!" Seth shared with a wide smile after the clip played. He then revealed that Ashe, 38, had delivered their latest addition "10 weeks ago."

Seth Meyers on the Unusual Births of His Kids, If He'll Have a Third: 'How Do You Top It?'

Turning to his mother, Seth said it was "only fitting" that she share the little one's name. There, Hillary revealed that it is Adelaide, after Seth's maternal grandmother.

"I knew, knowing Seth and Alexi, it had to start with an A, it had to be a cool name and I know what family means to all of them, so I thought I pretty much had it and [guessed], but I didn't know and I didn't want to ask," Hillary explained. "… [When I found out], I burst into tears."

The couple have nicknamed her Addie.

Meyers also asked his father what he would have wanted his daughter to have been named if she had been a boy, where Larry revealed he has a profound love for the name Albert.

Seth and Alexi wed back in 2013 and welcomed their first son three years later in 2016. Their second child then arrived in 2018.

The Saturday Night Live alum said that welcoming a daughter was "a dream come true," as he playfully teased, "I only wish it had been a boy just for [my dad] to explain to my wife, 'It's like the dog came back as a kid.'" 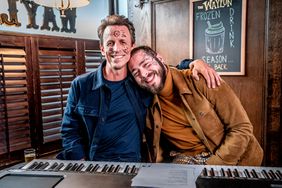 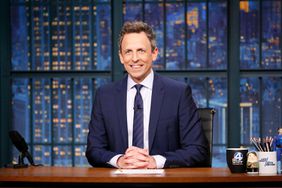 Seth Meyers Shares Story of When a Seagull Stole a Bagel from His Son, 3½: 'He Burst Into Tears' 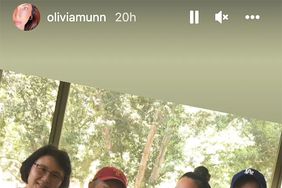 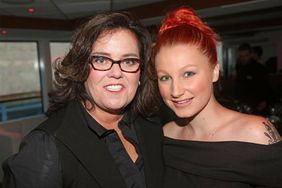 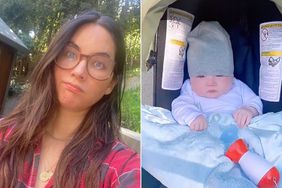