Sarah Drew Says She 'Took All' of Her Daughter's Pacifiers: 'She Handled It Like a Champ!'

"Now she no longer has pacis," Grey's Anatomy star Sarah Drew says of her 2-year-old daughter

Grey’s Anatomy star Sarah Drew may only play trauma surgeon Dr. April Kepner on the drama series, but in real life, the actress has been giving advice to her pregnant costar Camilla Luddington on a symptom she’s also experienced firsthand: morning sickness.

“I told her what medication to take, which was great,” Drew told PEOPLE Sunday at the 2017 PaleyFest in Hollywood, California. “She said that was really helpful.”

Drew, 36, admits that she didn’t have it “as bad as” Luddington, who recently revealed that she’s been sick the majority of her pregnancy.

And even though Drew says that Luddington is feeling better, the 33-year-old — who plays Dr. Jo Wilson on the show — didn’t join the rest of the cast at the 2017 PaleyFest in Hollywood on Sunday.

“She sends her love from her couch,” says Drew. “I was just texting with her this morning. She’s like, ‘Send them all my love!’ ”

Morning sickness aside, Drew says that Luddington becoming a first-time mommy is a really positive experience for herself as well.

“It’s exciting walking alongside of anyone becoming a new mama,” says Drew. “And it’s really amazing because she gets to do it in a community of a whole bunch of other people who are doing it.”

As for Drew’s own little ones, the mom to daughter Hannah Mali Rose, 2, and son Micah Emmanuel, 5, says “there are milestones every five seconds.”

In fact, last night, Drew and her husband Peter Lanfer “took all of the pacis out” of their daughter’s bed. “Now she no longer has pacis,” shares Drew. “And I’m very excited because she handled it like a champ!”

And now that both her and her (on-and-off again) on-screen flame, plastic surgeon Dr. Jackson Avery (Jesse Williams), both have two babies each, Drew says she’d be all for them getting together for a play date, although it hasn’t happened just yet.

“We haven’t gotten them together to play,” says Drew. “Yeah, I know — it’d be funny to see that. It would be fun to see that happen.” 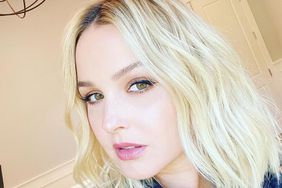 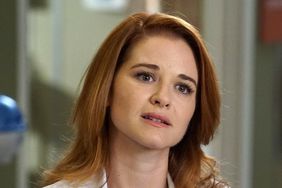