Sandra Bullock has high hopes for her daughter Laila, and isn't afraid to share them.

The Oscar winner, 57, discussed parenting advice and her dreams for her daughter with PEOPLE (the TV Show!) host Jeremy Parsons on Friday.

One of those dreams, which the actress said was "just a fact," was that Laila, 8, "is going to be President of the United States!"

Bullock then joked that she's "going to be at the White House," adding: "I'm going to be doing some redecorating!"

Bullock revealed to PEOPLE in 2015 that she had adopted Laila, who had been in foster care in Louisiana. She previously adopted son Louis, 11, in 2010.

"I'm just the mom," she stated on Friday of how her kids view her. "When I'm gone, I'm missed, when I'm there, I'm annoying, and that's exactly the way it should be."

When asked if her kids think she's cool, the Speed star immediately answered, "No, not at all. Not unless I bring home some kind of treat. Last night I came home with donuts. I was so incredibly cool at that moment!"

Watch the full episode, streaming now on PeopleTV.com, or download the @PeopleTV app on your favorite device.

"I love who they are," the Blind Side actress continued. "Every day I get to see who they are. I am one of the lucky individuals that gets to be around my children all the time and see who they get to grow up and be."

"And who they're growing up to be, I couldn't be more proud of," she added.

Bullock recently reflected on how preparing for her new film The Unforgivable helped her become a better parent to her kids.

In the upcoming Netflix film, Bullock plays an incarcerated woman trying to re-enter society, and in researching the movie, she met with real-life women behind bars.

"One of my tattoos was in honor of one of the women that I got to interview that helped me with insight to my daughter. She, too, went through the foster care system and there was something that was similar and she says, 'Oh, my God, that happened to me. That's who I was.' " Bullock told Extra on Monday.

She added, "I got home and I go, 'How is it that I went there to get her story, and I left there being a better parent because of the gift that she gave me?' "

As for the tattoo that the interaction inspired, the star said "it was a barbed wire with a butterfly on it."

She also shared that in doing her research and speaking to incarcerated women, it became important for her to share "the truth of their journey to how they got there."

Bullock stars in and is a producer on The Unforgivable, which marks her second project with Netflix after 2018's wildly successful thriller Bird Box.

The Unforgivable debuts in theaters on Nov. 24 and premieres on Netflix Dec. 10. 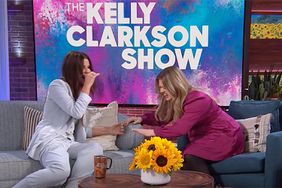 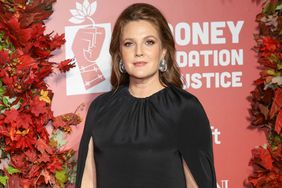 Drew Barrymore Says She Often 'Felt Like a Failure' in Early Years of Motherhood: 'I'm Flawed' 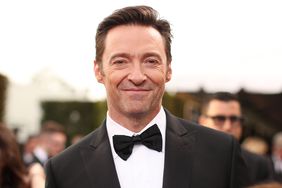 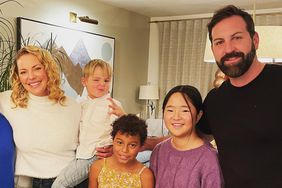 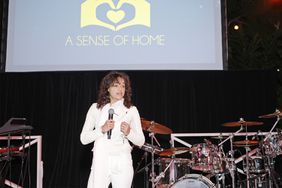 Michelle Rodriguez Recalls Being 'Ripped Away' from Mom and Placed in Foster Care at 6: 'Very Scary' 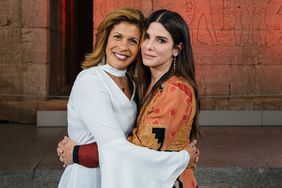 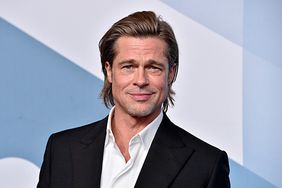 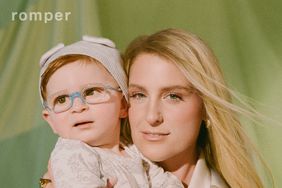