"I can't believe Jossie is already 5! It feels like it was yesterday when I announced I was pregnant with her live on Dancing with the Stars," Harris tells PEOPLE exclusively.

On Sunday, Sept. 16, Samantha Harris broke out the balloons to celebrate her daughter’s fifth birthday with an extra-special backyard bash.

“I can’t believe Jossie is already 5! It feels like it was yesterday when I announced I was pregnant with her live on Dancing with the Stars,” Harris tells PEOPLE exclusively.

Combining two of the birthday girl’s latest faves into one eclectic celebration, the festivities included a sweet Rapunzel tiered cake with a vanilla and chocolate swirl base topped off with red velvet and cream cheese frosted layers.

“We did a mash-up of Disney princesses and Nickelodeon’s Fresh Beat Band,” Harris shares of the big day.

“We had a Tangled-themed cake and table settings with a bouncy house that had all the Disney princesses on it with music from the kids TV show The Fresh Beat Band cranked up in the background. Josselyn was in heaven.”

Joined by six of her best friends — and little sister Hillary Madison, 20 months — Josselyn and her guests kept cool swimming and playing in the bounce house, which came complete with its own super slippery water slide.

“Living in Southern California with a September birthday, we learned early on that we needed water-based kids parties to combat the San Fernando Valley heat,” Harris explains. “Yet again, it was nearly 100 degrees for Josselyn’s birthday party. I relived my childhood memories of a slip ‘n’ slide. We bought Josselyn her first one.”

The pint-size attendees went home with a BabbaBox and gift bags filled with goodies from Mabel’s Labels and Itzy Ritzy, including a cupcake printed reusable snack bag and the Bento lunch box.

“What I love about these bags is that we can send Jossie to school each day with these reusable bags and they put a smile on her face because they are so cute, but at the same time we are not wasting lots of plastic bags in her lunch box,” Harris tells PEOPLE.

“Lastly, each year I love giving a sample pack of Mabel’s Labels personalized sticky labels and a personalized dog tag to each guest. The kids stick them on their sippy cups, lunch boxes and everything else that they take to school.” 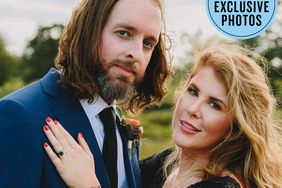