Things got a tiny bit awkward at the Screen Actors Guild Awards Saturday in Los Angeles when E! host Brad Goreski mixed up Christina Ricci‘s son’s name with her dog’s on the red carpet.

“How’s your baby boy?” Goreski, 38, asked The Addams Family actress. (PEOPLE confirmed in August 2014 that Ricci and her husband James Heerdegen had welcomed a son.)

When Goreski asked how Ricci’s dog Karen was adjusting, Ricci said: “There’s the two of them. Freddie and Karen are best friends,” revealing her son’s name for the first time.


“Freddie and Karen are Christina’s dogs,” Goreski said to the camera.

“No, no. Freddie is my baby. Karen is my dog,” the actress clarified.

Meanwhile, the actress is is nominated for the outstanding performance by a female actor in a television movie or miniseries for Lifetime’s The Lizzie Borden Chronicles, which follows the exploits of Borden after she was acquitted of 1892 murders of her parents.

Ricci, for her part, is to happy about the recognition, tweeting at the time: “SoulCycle finds my lost flat iron and I get a SAG award nomination?! No way. Thanks SAG!” 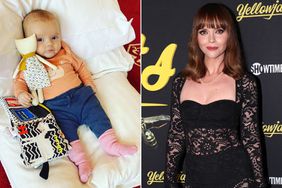 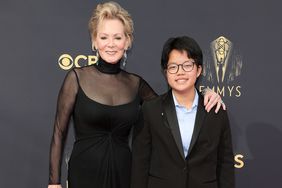 Jean Smart Says Being a Single Mother Has Been 'Unimaginable': 'Hardest Thing I've Ever Done'