Since his YouTube channel launched in 2015, Ryan Kaji has expanded his brand into toys, clothing and even a preschool-aimed series on Nickelodeon

Ryan Kaji is officially the highest-earning YouTuber for the second year in a row — and he’s only 8 years old.

The child star behind Ryan’s World tops Forbes’ list of Highest Paid YouTube Stars of 2019, beating out the likes of other well-known personalities like gamer PewDiePie, makeup guru Jeffree Star and 5-year-old Anastasia Radzinskaya, who’s famous for videos showing her playing with her dad, presented in multiple different languages.

Compared to Anastasia’s $18 million, Ryan earned a whopping $26 million in 2019 — $4 million more than what he raked in for 2018. Right behind him this year is the channel Dude Perfect, whose ensemble “cast” made $20 million.

Ryan’s channel, which boasts 23 million subscribers, includes clips of him unboxing toys (which is how it started, when he was just 3 years old), conducting science experiments, playing games, teaching young viewers how to complete tasks like brushing their teeth and more.

Since his YouTuber journey began in 2015, Ryan — whose channel was previously called Ryan ToysReview, until this past October — has expanded his brand into toys, clothing and even a preschool-aimed series on Nickelodeon, titled Ryan’s Mystery Playdate.

“We’re changing the channel name because we don’t just do toy videos. We do science experiments … and we do challenges like ‘The Floor is Lava,’ ” Ryan said in his October video announcing the new name.

“We also do educational videos, like, ‘Why Do Floods Happen?’ ” he added.

Ryan ToysReview was in hot water with Truth in Advertising earlier this year. In a complaint filed to the Federal Trade Commission on Aug. 28, the nonprofit group (known as TINA) slammed the channel, alleging that it “deceptively promotes a multitude of products to millions of preschool-aged children in violation of FTC law.”

In the complaint, TINA Executive Director Bonnie Patten and Legal Director Laura Smith wrote, “when a YouTube video directed to children under the age of 5 mixes advertising with program content, as Ryan ToysReview videos frequently do, the preschool audience is unable to understand or even identify the difference between marketing material and organic content, even when there is a verbal indicator that attempts to identify the marketing content.”

A statement from Ryan’s dad Shion Kaji to both Today Parents and The New York Times insisted that the family prioritizes their viewers’ safety and “strictly follow all platforms’ terms of service and all existing laws and regulations, including advertising disclosure requirements.”

“As the streaming space continues to quickly grow and evolve, we support efforts by lawmakers, industry representatives, and regulators such as the FTC to continuously evaluate and update existing guidelines and lay new ground rules to protect both viewers and creators,” Kaji added in the statement. 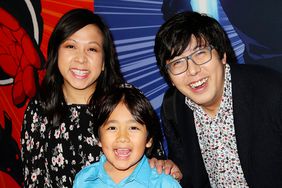