The actors welcomed their first child before the new year

Update: A source tells PEOPLE that the couple welcomed a daughter. A rep for Lively continues to have no comment.

Originally posted Jan. 5: A New Year — and a new baby!

Shortly after Lively, 27, announced her pregnancy on her lifestyle website, Preserve, she kicked off a series of stylish ensembles that showed off her growing belly.

“Have you seen me!?” she joked to PEOPLE in October. “I’m gonna amp up my style by wearing things that are stretchier — because that’s all that fits!”

As for Reynolds, 37, he pitched in by throwing out a few ideas on a possible name.

“On the plane over here I was trying to think of baby names. I don’t want a name that’s anything pretentious or, like, Hollywood-y,” he joked in October. “So I’m going with Excalibur Anaconda Reynolds … that’s if it’s a girl.”

But all kidding aside, Reynolds couldn’t contain his excitement over becoming a father.

“I’m just excited about having a buddy,” he told PEOPLE. “For a lot of new dads, you tend to dwell on the mistakes you don’t want to make. I’m at that stage still where I’m focused primarily on being open and understanding and leaving a lot of room for error.”

RELATED GALLERY: Why Ryan Reynolds and Blake Lively Will Be Awesome Parents 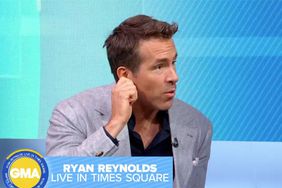 Ryan Reynolds Wants to Give His Baby This Wild Name 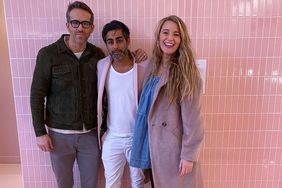