However, the actor is not officially listed as Kailani Merizalde Phillippe Knapp's father, the birth certificate reveals

It’s still a mystery whether or not Ryan Phillippe is the father of ex-girlfriend Alexis Knapp’s newborn daughter. But if the last name listed on the birth certificate of the baby girl is any indication, it’s likely Phillippe is indeed the dad.

The child, born on July 1, is named Kailani Merizalde Phillippe Knapp. Given the same middle name as her mom, 21, half of the last name is shared with Reese Witherspoon‘s ex-husband, 36.

Although Phillippe is included as part of the last name, the section of the certificate that officially lists the baby’s father is left blank. Phillippe has yet to comment on matters, but he was by Knapp’s side in the hospital for the delivery.

A source told PEOPLE in March, “Ryan is aware of the situation [and] totally prepared to take responsibility should the child be his.”
– Dahvi Shira 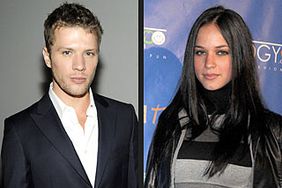