Ryan Murphy just got a fresh dose of baby Glee!

The renowned television producer, 54, and his husband, photographer David Miller, welcomed their third son together on Tuesday, Aug. 18, Murphy revealed Tuesday on Instagram.

Murphy announced Griffin Sullivan Miller Murphy's arrival by posting a photo of all three of his boys together, sharing in the caption that the new addition was born weighing 6 lbs., 13 oz.

See Sarah Paulson in Ryan Murphy's Ratched, Inspired by One Flew Over the Cuckoo's Nest Nurse

The American Horror Story creator revealed that he was expecting his third child with Miller in a self-written profile for Architectural Digest published in June.

"We are expecting another baby, a boy, in August," Murphy wrote, when describing how he sensed an "attack of color and Legos and bright Magna-Tiles" coming to his family home in the near future.

In November 2019, Murphy spoke about his son Ford — who was diagnosed with neuroblastoma in October 2018 — while presenting an award to Dana Walden (who was being honored for her work with the UCLA Jonsson Comprehensive Cancer Center, during Variety's Power of Women event), revealing that his child was "cancer-free" after being diagnosed with "a tumor the size of a tennis ball at 18 months" old three years previous.

RELATED VIDEO: Inside the World of Ryan Murphy

Opening up about the life lessons he learned from the difficult experience, Murphy stressed that "this is a disease that touches us all."

"We must help and we must be prepared and we must be proactive," he shared, adding that last year his family made a $10 million donation to the Children's Hospital, where Ford received treatment — thanks to Walden. "There is now a wing dedicated under Ford's name that specializes in helping children without our resources." 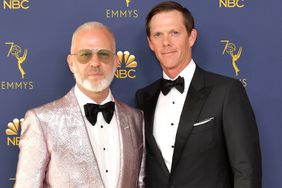 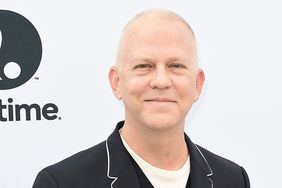 Ryan Murphy Announces that His Son Ford, 5, Is 'Cancer Free': 'I Am So Proud' 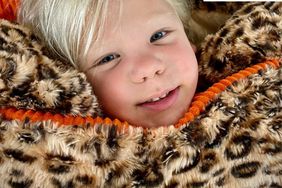 Ryan Murphy Reflects on His Son Ford Beating Cancer to Mark His 6th Birthday: 'Our Warrior' 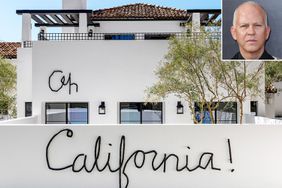