Update: Lisa Marie’s rep confirms to People that she is expecting, giving a fall due date for the baby’s arrival. The publicist said,

The couple is incredibly overjoyed.

However, Lisa Marie is not comfortable with the way the news got out. On her MySpace, she writes,

After being the target all week of slanderous and degrading stories, horribly manipulated pictures and articles in the media, I have had to show my cards and announce under the gun and under vicious personal attack that I am in fact pregnant.

Once they got a glimpse of my expanding physique afew days ago, they have been like a pack of coyotes circling their preywhilst eerily howling with delight. Starting with a London publicationand then New York and Chicago all writing false defamatory degradingstories about all of the dark possible reasons I could be putting onweight.

The US tabloids have been calling all day wanting confirmation onall kinds of insane theories.They couldn’t wait to find out if my weight gain was because I was justovereating, in which case it would be open season, and they can do theold ‘following in her father’s sad and unfortunate demise’ story again.

Or less interesting for them and probably much to their dismay, I couldjust be pregnant and therefore have a legitimate reason for weight gainat which point they should probably wipe the saliva off of their fangsand put them back in their mouths or they may expose the black littlesouls that they are.

Now that things are confirmed, hopefully they can stop all of theharassment and I can stop dodging the continuous bullets.It is unfortunate that I couldn’t have announced something that is thismuch of a blessing and that has made us so incredibly happy underbetter circumstances.

How they have handled themselves with this has been nothing shortof irresponsible and disgusting.Pardon my seething contemptuous tone but ladies, You KNOW if you werepregnant and you felt you were expanding uncontrollably by the momentas a result and the worldwide media started badgering and harassing youfor it, plastering you everywhere in an unflattering light, you wouldbe mortified as well.

Originally posted March 4th: Rumors have been swirling for a few weeks now that Lisa Marie Presley, 40, may be expecting her third child. Starting in The National Enquirer, the story has picked up steam, and today, TMZ published a larger version of the photo at left. Meanwhile, London’s The Daily Mail wonders if it may just be weight gain.

Reps for Lisa Marie have not commented; however, she’s made no secret of her wish for a child with husband Michael Lockwood, 46. She already has a daughter and a son — Riley, 18, and Benjamin, 15 — with first husband Danny Keough. 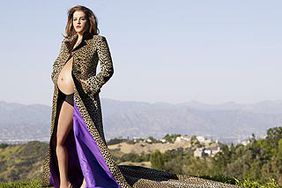 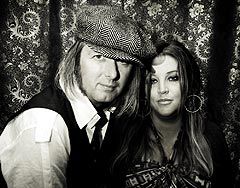 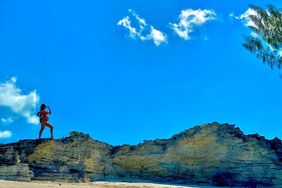