Kit Harington previously said fatherhood would be his "most important job"

Rose Leslie and Kit Harington have welcomed their first child, as evidenced by a Tuesday photograph of the couple running errands in London with a newborn baby strapped to Leslie's chest, as published by the New York Post's Page Six.

A rep for the couple confirms to PEOPLE that the pair have welcomed a baby boy and are "very, very happy."

The new parents, both 34, confirmed their pregnancy in September after Leslie debuted her baby bump for U.K.'s Make Magazine and spoke about how the couple has been spending quality time together in their Tudor manor house in East Anglia amid the ongoing coronavirus pandemic.

Harington previously shared that he was ready for fatherhood. Ahead of the May 2019 series finale of Game of Thrones, the actor told InStyle: "The most important job I'll ever have is about to finish. Well, not the most. Hopefully, I'll be a father."

He and Leslie famously portrayed star-crossed lovers Jon Snow and Ygritte on the Emmy-winning HBO series Game of Thrones and first stirred up relationship rumors in 2012. After a brief split, they reconciled and continued to fuel romance speculation until they officially confirmed the relationship in April 2016.

The couple got engaged in September 2017, confirming the happy news the old-fashioned (and very British) way: through a classified advert in The Times. Less than two years later, they wed in Scotland in June 2018.

E! News was the first to confirm the birth. 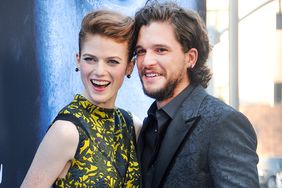 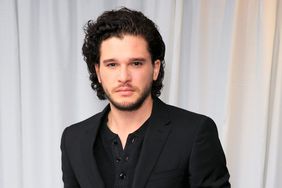 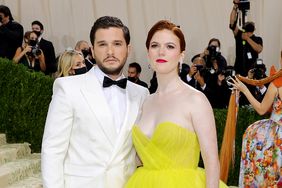 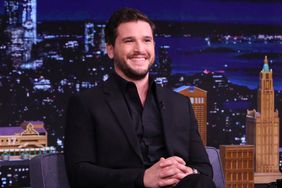