Rod Stewart wants to be a great dad to son Alastair

On November 27th 2005, rocker Rod Stewart and his fiance model Penny Lancaster welcomed their first child together, a boy named Alastair. This little bundle of joy was the seventh child for Rod, who says that this time around, he’s made some changes as a dad.

During his first marriage to model Alana Hamilton, Rod says that he was on the road too much and wasn’t able to be a hand-ons dad to their two children, Kimberley, now 27, and Sean, now 25.

"I missed the first two or three years of their lives. I didn’t want to make that mistake with Alastair."

Rod and Penny have been engaged since March 2005. They are planning to marry later this year, and will try for a honeymoon baby. Rod says they’ve got, "One more [baby] in the pipeline!"

Thanks to CBB reader Vicky. 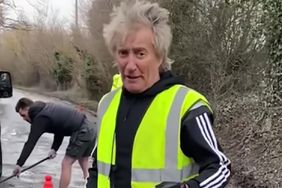 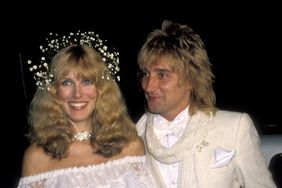 Rod Stewart's son Alastair is head and shoulders above the rest 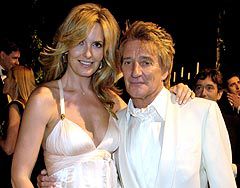