Meet Lucia! Ricky Martin Shares First Photo of His 7-Month-Old Daughter: 'The Light of My Eyes'

Lucia has made her social-media debut!

Ricky Martin‘s 7-month-old baby girl is, unsurprisingly, as cute as can be, seated atop dad Jwan Yosef’s lap in the first full photo the spouses have shared of their daughter with the world.

Baby Lucia is dressed for the summer heat in the photo, wearing a pair of striped shorts and a floral-decorated top, a navy-blue bow in her hair.

“La luz de mis ojos #Lucia,” the singer, 47, captioned the Thursday image, which translates from Spanish to, “The light of my eyes.”

Artist Yosef, 34, shared the same image to his Instagram, writing alongside it, “Baby Lucia Martin-Yosef being the LIGHT she is ✨❤️✨”

Lucia was born to the spouses on Dec. 24 — which, aside from Christmas Eve, also happened to be the “Livin’ La Vida Loca” singer’s birthday!

“We are beyond happy to announce that we have become parents to a beautiful and healthy baby girl, Lucia Martin-Yosef. It has been a special time for us and we cant wait to see where this stellar baby will take us,” Yosef captioned a photo of Lucia, which featured the newborn wearing a rose-colored onesie and holding one of her fathers’ hands.

“Both her beautiful brothers and me and Ricky have fallen in love with Lucia,” he added, shouting out Martin’s twin sons Matteo and Valentino, whom they are raising together and who turn 11 this month.

Ahead of the 2019 Golden Globes in January, Lucia was her dad’s very special guest as the singer prepped for the show, getting a fresh haircut hours beforehand while rocking his daughter in a stroller.

On the red carpet before the ceremony, Martin opened up to Extra’s Mario Lopez about his baby girl, whose arrival the couple announced on New Year’s Eve.

“Since my twins were born, I wanted Daddy’s little girl. I want a big family, we want a big family. It’s been beautiful,” Martin told Lopez, adding that the couple are “only starting” to expand their household.

Of the baby news coming out of left field, the “Nobody Wants to Be Lonely” hitmaker quipped, “It was a big surprise for a lot of people, to be honest.” 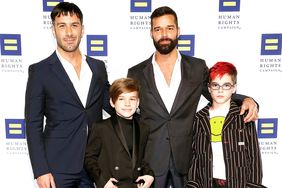 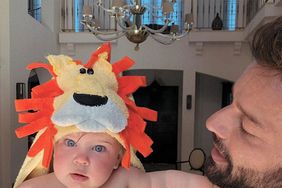 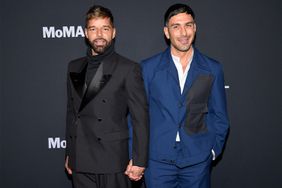 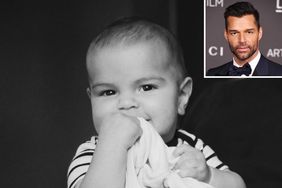 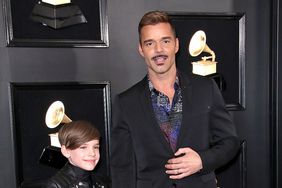 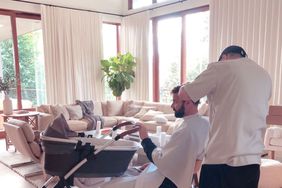 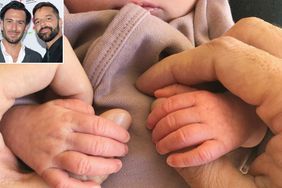 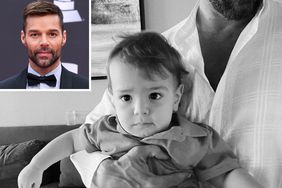