Rashida Jones is a mom!

The Parks and Recreation actress, 42, has welcomed her first child with her boyfriend, Vampire Weekend lead vocalist Ezra Koenig, 34, PEOPLE confirms via the birth certificate.

Reps for the couple did not respond to PEOPLE’s requests for comment.

News spread in January 2017 that the daughter of music icon Quincy Jones and actress Peggy Lipton was dating Koenig when the duo were spotted together at the Sundance Film Festival.

Rashida Jones and Boyfriend Ezra Koenig Cozy Up at Sundance

Jones previously opened up about potentially getting married and having children with The Guardian in February 2014.

“I had the full princess fantasy: the white horse, the whole being saved from my life, which is ridiculous. What do I want to be saved from? My life’s great!” said The Office alum.

“But it’s just this weird thing that’s been hammered into my head culturally: That’s the only way to succeed, that’s the only thing that counts for a woman,” continued Jones. “I’m happy, but the fact that I’m not married and don’t have kids — it’s taken me a long time to get to a place where I actually am okay with that, where I actually don’t feel like I’m some sort of loser.”

In 2012, Koenig joked on Twitter that any future children of his would have a hearty palate likely devoid of regular trips to the McDonald’s drive-thru.

“My children will not eat chicken until they are mentally prepared to eat it off the bone,” he wrote. “We must end the nuggification of American culture.” 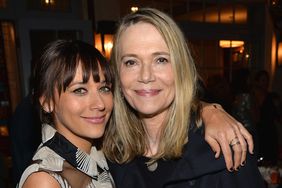 Rashida Jones on Losing Mom Peggy Lipton Months After Welcoming Son Isaiah: 'I Was in Grief-Shock'