Rachael Ray says the timing is not right for a baby

She’s said it before, and she’s saying it again! Celebrity chef and talk show host Rachael Ray simply doesn’t have the time or the energy to have a baby. Rachael, 39, tells Extra that she’s "too tired" to even contemplate motherhood at this point. She adds,

I feel like I’m a bad mom to my dog… I have five jobs, and I just don’t think I could take on the biggest job of being a parent.

Rachael and her husband John Cusimano were married in 2005.

Source: US via Extra 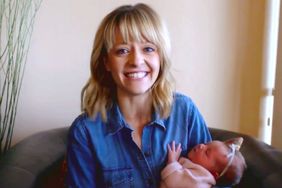 Kelsey Nixon Says There Was 'Anxiety' Before Daughter's Birth: 'We Had Had So Much Trauma'

Rachael Ray "enjoys kids" but has no time for her own