Quentin Tarantino is going to be a dad!

The acclaimed filmmaker, 56, is expecting his first child with wife Daniella.

“Daniella and Quentin Tarantino are very delighted to announce that they are expecting a baby,” the couple said in an exclusive statement to PEOPLE.

The writer-director met Daniella, who is the daughter of Israeli singer and songwriter Tzvika Pick, in 2009 while promoting his film Inglorious Basterds. The pair got engaged in June 2017, after dating for about a year.

Tarantino and Daniella tied the knot in an intimate ceremony in Los Angeles in November 2018.

Danielle wore a white dress, white veil with a sweetheart neckline and tiara while Tarantino looked dapper in a black suit. The couple posed in front of a dramatic wall of white flowers.

The couple hosted an engagement party on September 2017 in New York City that served as a Pulp Fiction cast reunion, with a guest list including Bruce Willis, Samuel L. Jackson and Uma Thurman.

The director has never been married, previously explaining that work monopolizes his time.

Just days before the wedding, Tarantino wrapped filming Once Upon A Time in Hollywood.

The director’s latest film opened in theaters last month to $40 million from 3,659 North American theaters during the weekend, according to Variety, marking a career-best for Tarantino.

The film — which stars Brad Pitt, Leonardo DiCaprio and Margot Robbie— earned $16.8 million on its opening day — another record for Tarantino.

Who’s Due Next? Blake, Keira, Anne and 60 More Celebs Who Are Expecting

Once Upon a Time in Hollywood, which is set in an alternate timeline in 1960’s Los Angeles, has also earned early Oscar buzz. The star-studded cast includes Dakota Fanning, Al Pacino, Timothy Olyphant, and the late Luke Perry. 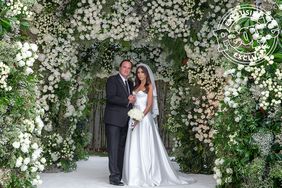 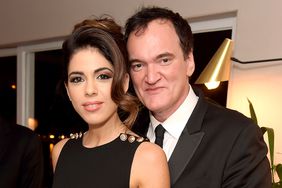 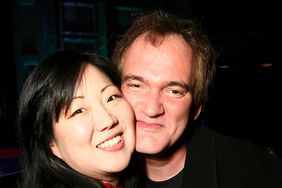 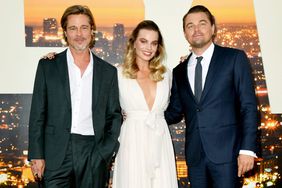 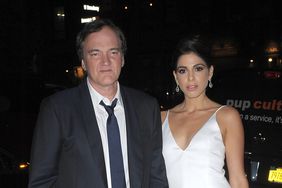