Nicole Kidman will be a slightly less busy working mom.

The actress, whose pregnancy was announced Monday, has withdrawn from the film adaptation of The Reader, it has been confirmed to PEOPLE. The news was first reported in the New York Post‘s Page Six.

Based on German author Bernhard Schlink’s bestselling 1995 novel – and Oprah‘s Book Club selection – about an affair between a teenage boy and an older woman in post-WWII Germany (as ramifications of the Holocaust were being understood), the movie version is being directed by Stephen Daldry whose 2002 The Hours won Kidman her Best Actress Oscar.

“The part will be recast,” said a spokesperson for Studio Babelsberg, near Berlin, Germany, speaking to the Frankfurter Allgemeine newspaper’s online edition.

Shooting with Kidman was originally to have begun in October, at the same time her ex-husband, Tom Cruise, was wrapping up his WWII drama, Valkyrie, at the studio, says the paper.

Instead, scenes with Ralph Fiennes were shot for The Reader, while Kidman was due to report in front of the cameras this month.

For Kidman, 40, this will be her third child. She and Cruise adopted two children during their marriage: Isabella, now 15, and Connor, 12. Kidman’s current husband, Keith Urban, also 40, is about to become a first-time parent.

At the Critics’ Choice Awards Monday night, George Clooney said his one-time costar will be a “great” and “tall” mom. PEOPLE also caught up with the couple’s former neighbor, LeAnn Rimes. “I’m so excited for them,” she said when told the pregnancy news. 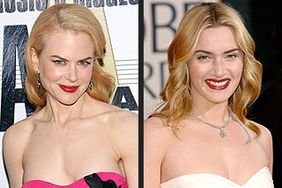 Nicole Kidman Ready to Shift Focus From Movies to Family 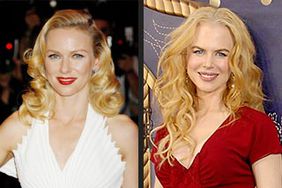 Naomi Watts: Nicole and I 'Compare Notes' on Pregnancy 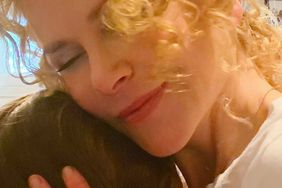