"I was shocked [by] how good he did his first day, and how he progressed from start to finish," Carey Hart wrote on Instagram

Jameson Moon is hitting the road!

Carey Hart expressed his pride over his and wife Pink's 3½-year-old son's riding skills over the weekend, sharing a slideshow of photos and videos chronicling Jameson's "first day on a motorcycle."

The first three slides show the former pro motocross racer, 45, crouched down to talk to his son as the little boy sits astride various bikes. In the video footage, posted last, both Jameson and his 9-year-old big sister Willow Sage expertly handle their vehicles as they round a dirt track.

"What an epic day w/ my family. Jamo's first day on a motorcycle, and he killed it! I was shocked [by] how good he did his first day, and how he progressed from start to finish," Hart wrote in the caption. "Wills ripping her 65! Think it’s time to build them a proper track. Gonna be a fun winter!!!!!"

Among the comments on the post was one from Justin Timberlake, who wrote, "Legend in training!!!" — to which Hart replied, "Haaaa, I hope so! Hope you and the family are great 👍👍"

Jameson has long since proven he can handle himself on two wheels — and is taking after his dad! At just 2 years old, the youngster took his first ride on an electric-powered balance bike.

"Jamo blows me away!!!!" Hart captioned his February 2019 clip. "Today at the shop I broke out his @ridestacyc electric bike. Literally his first go he made it the length of my shop! I was a little nervous about the throttle, but he picked it up instantly."

"Not bad for 2 years old," the proud dad added, joking, "Gonna have my hands full lol."

The STACYC vehicle was not the only two-wheeler Jameson had at the time, either. The previous December, he was gifted a standard red bike with training wheels for his birthday.

Despite backlash from the "parenting police" on social media, both Hart and Pink, 41, have been open over the years about letting their kids experience adventure while teaching them the importance of safety.

"Fun morning shooting w/ my kids! Willz is getting seriously good w/ the rifle and handling of a firearm. And jamo absolutely loves shooting! And the rate that he is processing the handling of them, he makes me proud," Hart captioned an October Instagram post showing Jameson and Willow operating firearms.

The father of two went on to say that he's "a firm believer in teaching my kids to shoot, but more importantly, handle a fire arm. No better sound than the bullet of your kids gun plucking a steel target at 30 yards 🤘🏼🤘🏼."

"Have a great weekend, everyone," Hart said, ending his caption with two hashtags no doubt designed to deter any would-be parent shamers: "#IfYouDontLikeItScrollOn" and "#PokeTheBear." 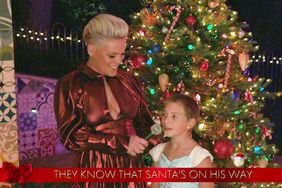 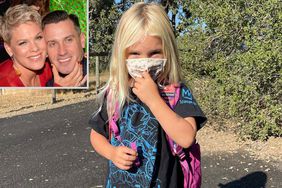 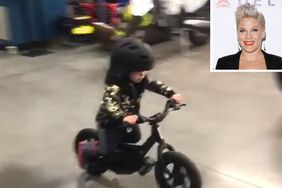 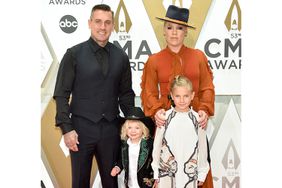 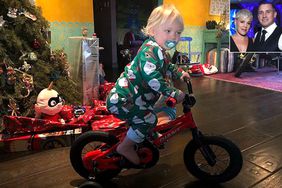 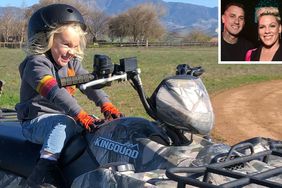 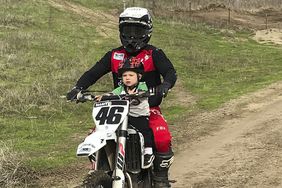 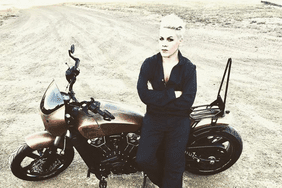 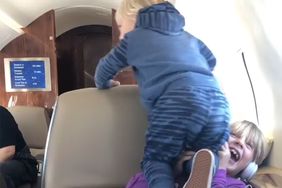