Update:It’s a girl! Pavel arrived the morning after the birth to meet his new daughter, Teresa, who weighed in at 7 pounds, 1 ounce. The new father said "it was an amazing feeling holding her in my hands." Pavel hadn’t seen his wife since the summer but her and Teresa are expected to join him in Toronto in about 2 weeks.

Maple Leafs player Pavel Kubina and wife, Andrea welcomed their first child on the 9th of this month in the Czech Republic. The hockey player was given grace to spend time with his family in the days after but he is expected to return to play almost immediately. No word on the name or sex yet.

Thanks to CBB reader Victoria and Lauren for the update! 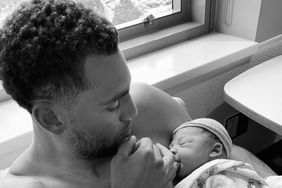