"How do you make a mistake like that?" Orlando Bloom jokingly captioned an Instagram photo of the fixed tattoo

Orlando Bloom is showing off an amended version of the tattoo he got in his son Flynn’s honor — that initially featured the 9-year-old’s name spelled wrong.

“Finally dot it right!” Bloom, 43, jokingly captioned an Instagram slideshow, of himself holding up his arm to show the correct morse code spelling of his son’s moniker.

“How do you make a mistake like that? #pinterestfail (read the small print) ? fortunately I know how to spell Sidi. Forever my boy ❤️,” Bloom added in reference to his late dog. In the slideshow, Bloom included a shot of a tattoo he got as tribute to Sidi.

Also included in the post, was a morse code translation of each letter of the alphabet.

“We added the missing dot to the morse code, and did a small one in memory of Sidi, his dog + conclusion: never fully trust what your clients find on Pinterest ? + Life is officially back to normal,” Bercsenyi added.

Bloom first debuted the tattoo on Instagram last week, prompting his followers to make note of the error.

“New #tattoo can you guess who?” Bloom wrote alongside a black-and-white photo of the tattoo.

“If the Morse code is supposed to spell out Flynn then there is a mistake,” one fan wrote.

Another commented, “I’m sorry but that tattoo most definitely says ‘Frynn.’”

“It’s a lovely idea and a beautiful tattoo. But if it is indeed morse code, I think it says ‘Frynn,’ not ‘Flynn.’”

Bercsenyi later posted the ink and acknowledged the mistake.

“A beautiful reminder for @orlandobloom of his son and yes, a dot is missing, we know, it will be fixed :)” the artist shared.

Kerr, 36, is now married to Snap Inc. CEO Evan Spiegel. The couple welcomed a son named Hart in 2018. Kerr and Spiegel had a second child — a baby named Myles in October.

Bloom has also moved on and is engaged to Katy Perry. 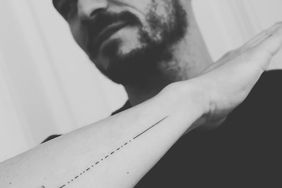 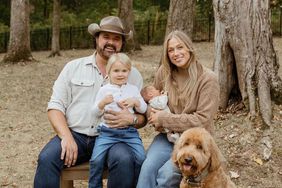 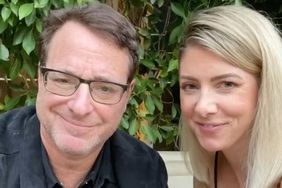