Olivia Wilde is a mother to two young children, and experienced a stressful moment recently when her 5-year-son Otis Alexander lost his temper in public.

The 35-year-old was at a restaurant with her son and daughter Daisy Josephine, 2½, when Otis began a “level 10, defcon 1, couldn’t-control-his-body meltdown” that led to a stressful situation for Wilde.

But thanks to the help of two strangers, the actress and Booksmart director says her faith in humanity (as well as her older child’s self-control) was restored.

“It happens. Poor guy was hungry as hell and overwhelmed. I was holding four bags and my 2 yr old. It was chaos,” she tweeted on Thursday.

“The place was packed and we were very much on display. I was in way over my head. I stayed calm but I was kind of crumbling inside,” Wilde continued. “In the midst of the madness, 2 strangers, a young man and woman, approached and asked if they could help.”

While the offer was tempting, Wilde initially had trouble admitting she needed help to calm Otis down, all while handling his younger sister.

“I swallowed my pride and said yes, please, and they walked with us, placed my stuff into my trunk, and even put my daughter in her car seat, while I tried to soothe my son. I thanked them and they said, ‘hey no problem. We all have days like this,’ ” she continued.

“I’m so moved by this simple act of kindness. Their generosity profoundly [affected] my (and my kids’) reality that day. I can’t wait to do this for someone else. Humans are good. We can’t forget that. ❤️”

RELATED VIDEO: Why Olivia Wilde Knew She Could Direct a Movie: “Mothers Are Incredible Multitasking Superheroes”

The difficult moments of parenthood are balanced out by the heartwarming ones for Wilde and fiancé Jason Sudeikis, though, making her experience in both work and mom duties more than worth it.

“The other day I said, ‘Otis, do you know what I do for a living?’ You never know if your kids really understand. He said, ‘Yeah, Mom, you’re a director,’ ” Wilde told PEOPLE in May.

“I got full-body chills and started crying,” she added. “Hearing it from him made it real.”

New Footage Shows the Moment Olivia Wilde Is Served Custody Papers at CinemaCon: 'OK, Got It' 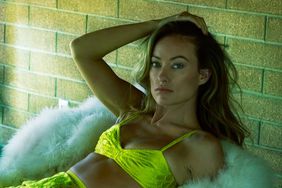 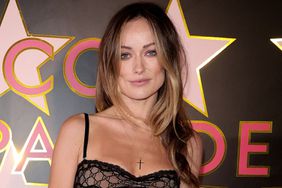