In an OK magazine interview titled, "Why my kids will always come first," Kate Winslet spoke candidly about how she is a mom first and an actress a very distant second. Kate has two children, daughter Mia, 6, and son Joe, 2. Here is a quick recap:

What have you been doing since 2004’s Finding Neverland?

"I had my son, the apple of my eye, back in Decmber 2003, and then I have actually been working quite a bit; it’s just that nothing has come out yet. Basically I’ve been busy being a mom."

Do you sometimes have to choose between your kids and your job?

"You have to be vigilant about important family things and important work things. Last week I was asked to work, but I said, "Guys I can’t go. This is possibly the most important week of my daughter’s life and I’ve waited for this moment since she was born.’ Sam [Mendes- her director hubby] and I take turns working so there’s always one parent at home."

"I’ve always known that when my daughter started school-my son starting preschool- I was going to be there for everything and not be pulling them out and going all over the place. They need to have stability."

Has having children changed your acting choices?

"I used to be much more obsessive and overthink everything. Since having children, I can’t disappear into a role in quite the same way, because at the end of the day the kids need a bath and a story and I need to be there for them."

Do you want to have more kids?

"I would, and I’ve said before that I come from a long line of breeders. I would like to have more children, but there’s no plan in place just yet." 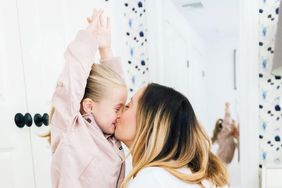 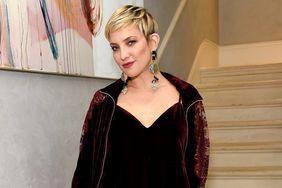 Kate Winslet Advises Her Kids: 'Be You'